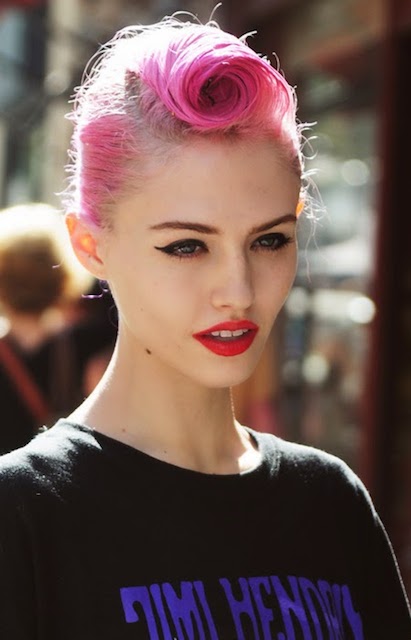 She has a biological half-brother Gryphon O’Shea (of about her age), who is a model and musician, by profession.

Her parents are heavily involved in the music industry. Charlotte describes her family as “working people,” who are creative and intelligent.

Charlotte Free has been signed by these modeling agencies –

IMG Models is her mother agency.

She loves to have pink hair. So, she dyed them pink.

She is having pink hair since the age of 15.

Free has advertised for lot many brands like Edun, Ermanno by Ermanno Scervino, Forever 21, Topshop Makeup, Maybelline, and others.

Her pink hairstyle, clubbing and night-out attitude, and walking in various fashion shows.

Charlotte says she does not diet or weigh herself.

She says her weight does not matter. Free likes to eat lots of fast food and pizza is one of her favorites.