Chris Pratt is an American actor, voiceover artist, and producer who is known for his on-screen roles such as Andy Dwyer in Parks and Recreation, Bright Abbott in Everwood, Justin in Zero Dark Thirty, Peter Quill/Star-Lord in the Marvel Cinematic Universe films, Owen Grady in Jurassic World, Joshua Faraday in The Magnificent Seven, Emmet Brickowski in The Lego Movie, and Barley Lightfoot in Onward. Moreover, his performance as Peter Quill/Star-Lord has won him several accolades including the 2015 Saturn Award for “Best Actor” and 2017 Teen Choice Award for “Choice Movie Actor: Sci-Fi” while he has also received MTV Movie Award, Teen Choice Award, and Kids’ Choice Award for his role as Owen Grady. 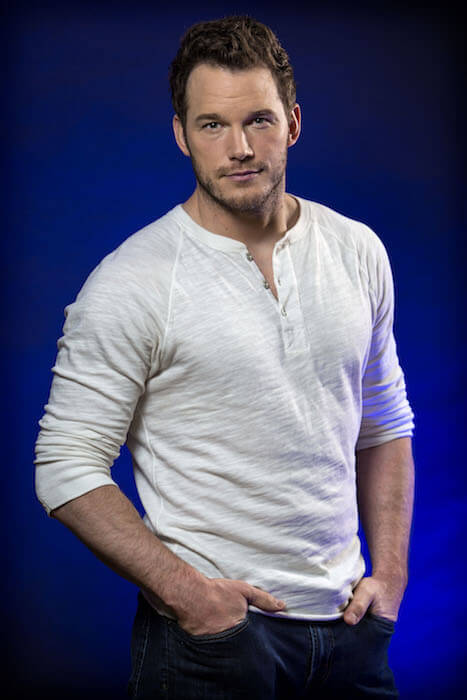 Chris studied at the Lake Steven High School, Lake Stevens, Washington, from where he completed his graduation in 1997.

He then went to a local community college. But, dropped out in the middle of the first semester.

Chris has been signed with –

In September 2021, he was featured in a commercial for Chevrolet’s “2022 Silverado ZR2” alongside Breland and Chase Elliott.

He was raised Lutheran and later worked for Jews for Jesus and eventually became a non-denominational Christian.

He made his foray into films with director Rae Dawn Chong’s horror movie Cursed Part 3 (2000) which was shot in Los Angeles. It was a short film.

His debut in the television industry was in 2001 as Nick Owens in USA Network’s The Huntress in an episode titled “Who Are You?”

He then appeared as Harold Brighton ‘Bright’ Abbott in the WB series Everwood from 2002 to 2006.

Chris has undergone a major transformation and used to weigh almost 300 lbs at one point in time. He was depressed beyond words, felt impotent and tired, all the time. He worked out rigorously with the help of a personal trainer and nutritionist to lose all the extra pounds for his 2014 film Guardians of the Galaxy and Jurassic World (2015).

He lost over 60 lbs in 2014 with the help of the Paleo low-carb diet and CrossFit exercises. Chris ate a protein-rich diet including fish, chicken, and natural fat products like avocado, fresh fruits, and non-starchy vegetables. To avoid dehydration, Chris also drank a lot of water every day. He also did swimming, running, boxing, and P90X.