Christina Ricci is an American actress who is best know for portraying roles such as Wednesday Addams in The Addams Family, Liza Bump in Ally McBeal, Misty in Yellowjackets, Layla in Buffalo ’66, and Katrina Van Tassel in Sleepy Hollow. She has also appeared in a variety of other TV shows and films such as The Cemetery Club, Now and Then, Bastard out of Carolina, The Last of the High Kings, Fear and Loathing in Las Vegas, That Darn Cat, 200 Cigarettes, The Man Who Cried, War Flowers, New York, I Love You, Mothers and Daughters, The Matrix Resurrections, Malcolm in the Middle, Grey’s Anatomy, Pan Am, The Good Wife, Rick and Morty, and Z: The Beginning of Everything. For her acting skills, Christina has won numerous awards such as the Young Artist Award, Saturn Award, YoungStar Award, and Blockbuster Entertainment Award. 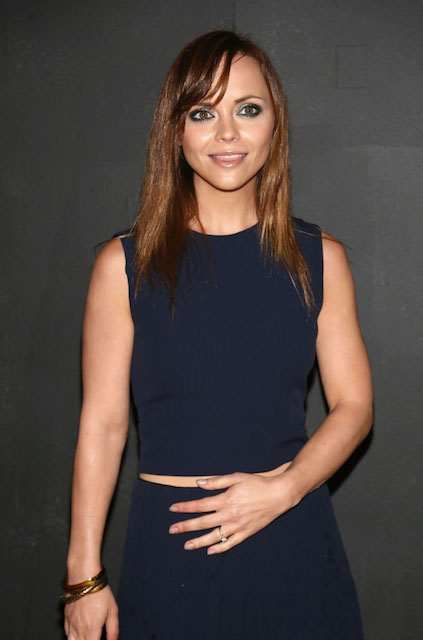 Christina is signed to these modeling agencies –

She has Scottish-Irish ancestry.

She has appeared in an emergency contraception national commercial.

Ricci appeared in the 1990 comedy-drama film Mermaids for her role as Kate Flax.

In 1990, Ricci played the role as Olivia in ABC’s drama series H.E.L.P. in an episode titled “Are You There, Alpha Centauri?”

Christina works out and takes care of her diet. During the filming of Pan Am, she stayed on proteins and vegetables. She ate less and also worked out in order to burn extra calories.

Ricci did Pilates at night. Her instructor told her about three different Pilates routines.