Courteney Cox is an American actor, voice artist, producer, and director who is best known for playing Monica Geller in the NBC sitcom Friends (1994-2004), a role for which she received 7 Screen Actors Guild Award nominations and won one. She has also been cast in roles such as Gale Weathers in the horror film franchise Scream, Gabriella Easden in the CBS sitcom The Trouble with Larry, Lucy Spiller in the drama series Dirt, Julie Winston in the sci-fi action film Masters of the Universe, Edith Wilson in the educational comedy series Drunk History, Dr. Maddox in the medical comedy-drama series Scrubs, Beth in the independent drama film Mothers and Daughters, Jules Cobb in the sitcom Cougar Town, Melissa Robinson in the comedy film Ace Ventura: Pet Detective, Cybil Waingrow in the black comedy crime film 3000 Miles to Graceland, and Daisy the Cow (voice) in the computer-animated comedy film Barnyard. 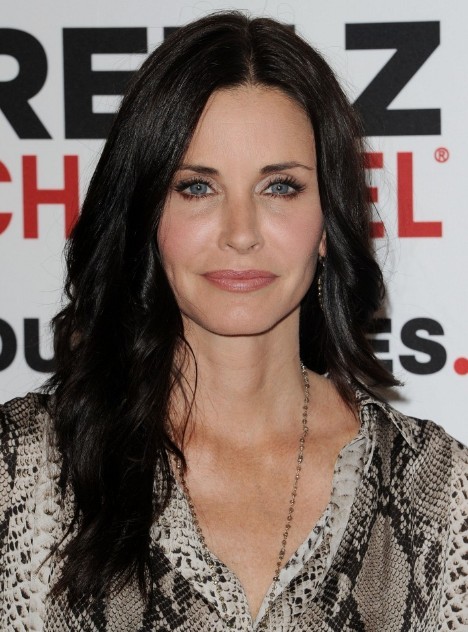 Cox is a graduate of Mountain Brook High School, Alabama. After completing her graduation, she enrolled at Mount Vernon College for Women, located in Washington D. C. to study architecture, but later opted out of the college to concentrate on her acting and modeling career.

Courteney Cox has been repped by –

In 2020, Courteney Cox’s net worth was $150 million according to CelebrityNetWorth.com.

She has English, Scottish, Irish, Welsh, and German ancestry. 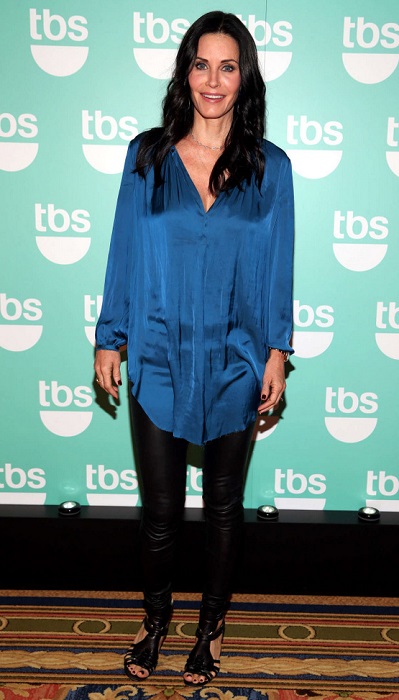 Cox’s kind nature. The best example is her support for the Art of Elysium by co-curating the charity sale in 2012 in San Francisco.

She has also served as the spokesperson for Kinerase skincare products. 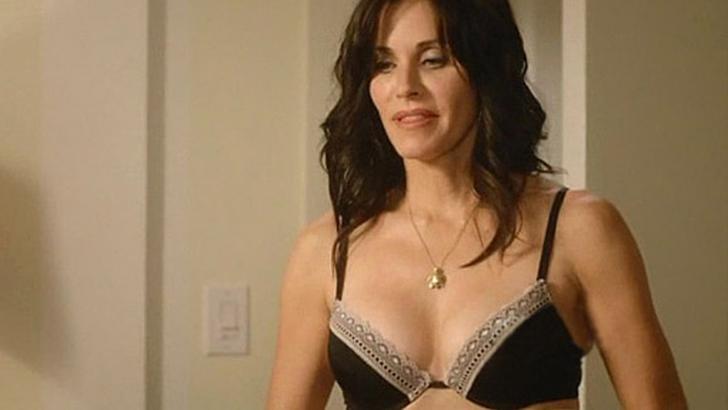 Garnier, Apple Inc., BMW, Blackberry, Dolce & Gabbana, and Louis Vuitton are some of the international brands which add the glamour quotient to her ‘star’ personality.

Sylvan in Paradise (1986), a TV movie. She appeared in the movie by playing the role of Lucy Apple.

The Shrink Is In (2001), an American comedy film. Cox herself appeared in the role of Samantha, a travel journalist in the film.

The Monday Before Thanksgiving (2008), a short film.

Tracy Anderson. Cox loves to eat green and admits that she is a big foodie. Her diet plan happens to be a mix of Eat Right 4 Your Blood Type diet plan and Atkins diet plan. According to the blood type diet plan, one needs to eat based upon their diet plan. Miranda Kerr is a follower of this. According to an interview given to Beauty magazine, she says –

“I do cheat on my diet plan, on occasion, with pasta or bread and butter. And I do eat a lot of cheese and nuts, which is probably not the best idea.”