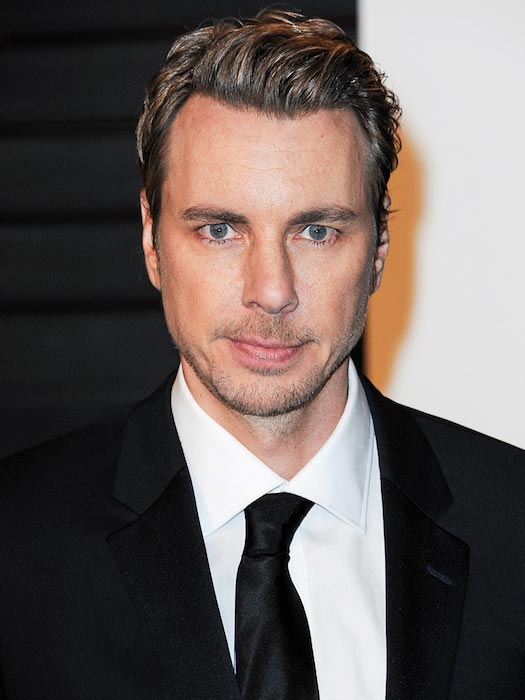 Dax Shepard did his schooling at Walled Lake Central High School in Michigan, United States and The Groundlings School in Los Angeles.

His net worth had been $40 Million according to CelebrityNetWorth.com.

He is of English, French-Canadian, Belgian, and remote Dutch descent.

In 2003, Shepard was seen in a TV commercial for Miller Lite.

In October 2014, he appeared in the What You Really Need TV commercial for the Samsung Galaxy Tab S tablet computer and Best Buy with Kristen Bell.

In December 2014, the couple did a TV commercial titled Christmas Home Decorating by Samsung for Samsung Electronics.

In 2015-2016, he was seen in TV commercials for Samsung kitchen appliances with Kristen Bell.

He is also well-known for the MTV reality series Punk’d from 2003 to 2012 and his role as Crosby Braverman in the NBC comedy-drama series Parenthood from 2010 to 2015.

He made his acting debut in the 1998 romantic comedy film Hairshirt as the guy who vomited at the party. It was a small role.

He made his television debut in 2003 in MTV’s hidden camera-practical joke reality TV series Punk’d where he appeared as himself until 2012.

He has written and co-directed the comedy film Brother’s Justice (2010) in which he also acted as himself.

Dax Shepard eats a vegan diet. He turned vegan in January 2012 after getting inspiration from Beau Bridges. He used to take drugs, eat junk food and other bad stuff, drank a lot of alcohol, etc. He did pretty much everything which could hamper his health negatively.

From the age of 18 to 29, he had taken a lot of drugs, ate badly, smoked heavily. He used to love Jack Daniel’s (whiskey) and cocaine (drug).

Later in early 2013, he again started eating meat. He revealed this thing when he was titled the Sexiest Vegetarian Celebrity of 2013 in June 2013.