Ashley Olsen is an American fashion designer and former actress who started her acting career at the age of 9 months, by portraying the role of Michelle Tanner alongside her twin sister Mary-Kate Olsen in Full House. She has also appeared in numerous other TV shows and films such as Hangin’ with Mr. Cooper, Double, Double, Toil and Trouble, It Takes Two, The Little Rascals, All My Children, Passport to Paris, When in Rome, The Simpsons, Charlie’s Angels: Full Throttle, New York Minute, and many more. Along with her sister Mary-Kate, Ashley is the owner of fashion label The Row and the retail collections Olsenboye and StyleMint. During the course of her career, Ashley has been honored with numerous awards such as the Young Artist Award and Kids’ Choice Award.

In 2004, she graduated from Campbell Hall School in California. Later, she attended New York University with her twin sister, but for a short time.

She has Norwegian ancestry on her father’s side.

Appearing in various television shows with her sister Mary-Kate until 2004.

Ashley appeared in her first movie in 1995 titled It Takes Two for her role as Alyssa Callaway. She starred in the film along with her twin sister Mary-Kate.

From 1987 to 1995, Ashley Olsen and her twin sister Mary-Kate were hired to appear in ABC’s sitcom Full House for her role as Michelle Tanner. During this time, they appeared in a total of 191 episodes.

She does exercises like spinning workout, gym sessions, etc. 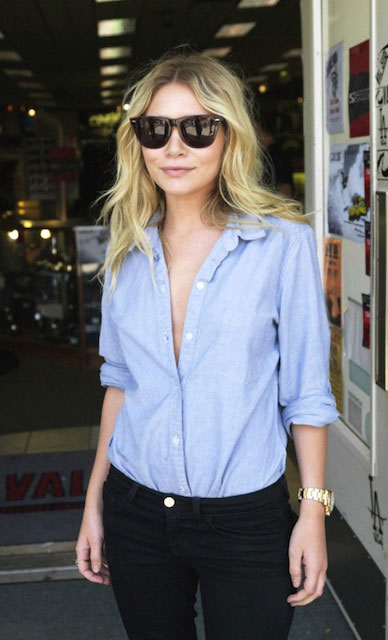