Hrithik Roshan is an Indian actor who is one of the highest-paid actors in India and is known for his remarkable dance skills. He has been cast in roles like Rohit/Raj Chopra in Kaho Naa… Pyaar Hai, Jalaluddin Mohammad Akbar in Jodhaa Akbar, Arjun Saluja in Zindagi Na Milegi Dobara, Ethan Mascarenhas in Guzaarish, Vijay Deenanath Chauhan in Agneepath, Altaaf Khan in Mission Kashmir, Rohit in Aap Mujhe Achche Lagne Lage, Rohan Raichand in Kabhi Khushi Kabhie Gham…, Prem Kishen Mathur in Main Prem Ki Diwani Hoon, Rohit Mehra in Koi… Mil Gaya, Karan Shergill in Lakshya, Krishna Mehra/Krrish and Rohit Mehra in Krrish and Krrish 2, Sarman in Mohenjo Daro, and Anand Kumar in Super 30. Throughout his career, he has won several awards, including at least six Filmfare Awards – 4 for “Best Actor” and one each for “Best Debut” and “Best Actor (Critics)”. Also, he has established himself as a style icon in India and topped The Times of India‘s listing of “50 Most Desirable Men” in 2010 and ranked among the top five for the next 5 years as well as has been regularly featured in the magazine Eastern Eye‘s listing of the “50 S*xiest Asian Men”. 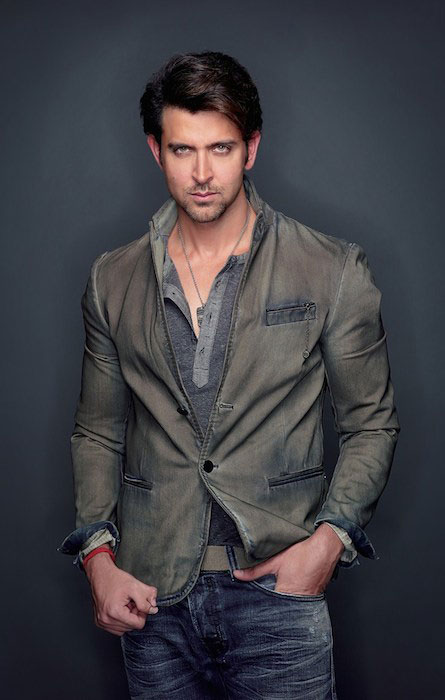 Hrithik attended Bombay Scottish School at Mahim in Mumbai. Finally, he went to Sydenham College to earn a bachelor’s degree in Commerce.

He has been signed to Exceed Entertainment.

He is of Punjabi and Bengali descent. 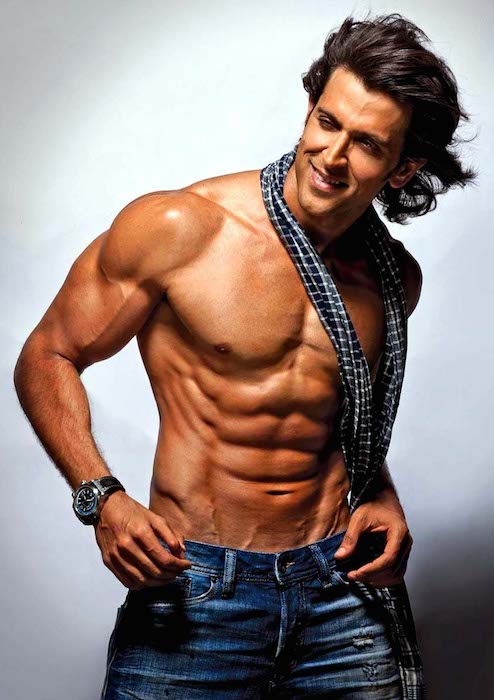 In 2011, he was appointed as the judge of Star Plus’s dance reality competition series Just Dance. The other judges were Vaibhavi Merchant and Farah Khan.

Hrithik was paid INR 17.5 million per episode for this show, which is the highest in the television industry.

He works out in the presence of personal trainer Kris Gethin. He made an amazing body before Krrish 3 (2013), which he later again flaunted in Bang Bang (2014).

You may want to check out his workout routine and diet plan for Krrish 3 and Bang Bang.