Jaime King is an American actress, model, voiceover artist, producer, writer, and activist who was discovered when she was 14 years old. She then went on to model for the fashion giants like Chanel, Alexander McQueen, Abercrombie & Fitch, and Christian Dior. She is also known for her acting roles in shows and movies including Gary Unmarried, Kitchen Confidential, Hart of Dixie, Sin City: A Dame to Kill For, Star Wars: The Clone Wars, The Class, Black Summer, Silent Night, The Pardon, Pearl Harbor, Happy Campers, Cheaper by the Dozen 2, Ice Cream in the Cupboard, and Transformers: Power of the Primes.

King attended Westside High School in Omaha, Nebraska, but dropped out in 1995. Later, she enrolled herself in the University of Nebraska‘s home-study program.

As a model, she was signed to these modeling agencies –

Jaime King is of English descent. 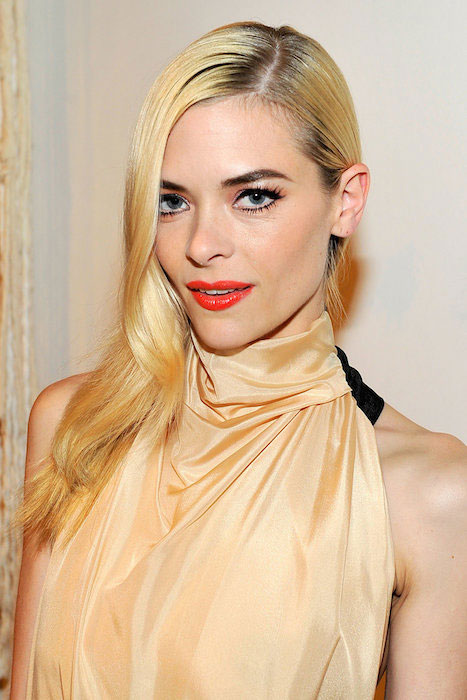 She first appeared in Ready to Wear – Spring / Summer 1995 fashion show where she modeled for Gucci.

She debuted with the 2001 comedy film Happy Campers for her role as Pixel. In the film, she was credited with her model name, James King.

In 2005, King guest appeared in Fox’s teen drama The O.C. for her role as Mary-Sue in an episode titled “The Return of the Nana.”

She had also appeared in the unaired pilot of “Harry Green and Eugene” in 2004.

She does hiking with her husband and children. Apart from hiking, when she strolls with her child James, she not only does walking but at the same time works on the core and arms as she is pushing the stroller.

She does not diet anymore now because it did not work for her when she had a thyroid imbalance a couple of years ago.