Jennifer Morrison is an American actress, producer, director, and former child model who is best known for portraying roles such as Emma Swan in Once Upon a Time, Zoey Pierson in How I Met Your Mother, Dr. Allison Cameron in House, and Tess Conlon in Warrior. She has also appeared in a variety of other TV shows and films such as Miracle on 34th Street, Intersection, Urban Legends: Final Cut, Surviving Christmas, Mr. & Mrs. Smith, Star Trek, Big Stan, Assassination Nation, Amityville: The Awakening, All Creatures Here Below, Alex & the List, Touched by an Angel, Dawson’s Creek, The Murder of Princess Diana, This Is Us, and many more. Jennifer has served as the director of TV shows such as Euphoria and One of Us Is Lying. For her acting skills, she has been nominated for several awards such as the Nickelodeon Kid’s Choice Award, Teen Choice Award, and People’s Choice Award.

In 2000, she graduated from Loyola University Chicago in Chicago, Illinois and majored in Theatre and minored in English.

She also went to the Steppenwolf Theatre Company.

She was a child model and appeared in several commercials such as Kellogg’s Rice Krispies, Mondo, Verizon, Bengay, ADT, and others.

Morrison also appeared in print adverts such as for JCPenney and Montgomery Ward.

Playing the lead role as Emma Swan in the ABC’s fairy tale drama TV series Once Upon a Time since 2011, and Dr. Allison Cameron in Fox’s medical drama TV series House from 2004 to 2012.

Jennifer appeared in the 1994 movie Intersection for her role as Meaghan Eastman.

In 2001, Morrison played the role as Gwen in the science fiction TV series The Chronicle in an episode entitled “Let Sleeping Dogs Fry”.

Morrison keeps her diet simple by eating only vegetables and fruits all day. But, she treats herself by eating whatever she wants for dinner. Though, she primarily eats healthy food in the dinner also like sushi, grilled fish, etc. as she gets motivated by eating good throughout the day. She also drinks an ample amount of water throughout the day.

She does not forget to have coconut water before exercises. It gives her right amount of energy before a workout. Moreover, it has now become her habit and she craves for it too.

She has amazing legs. the secret behind it is cardio, especially running. She runs for 45 minutes, three to four times in a week and sometimes alternates it with yoga. Earlier, she used to focus on strength training, and boxing also.

The actress also shares her fitness secrets with Shape Magazine. 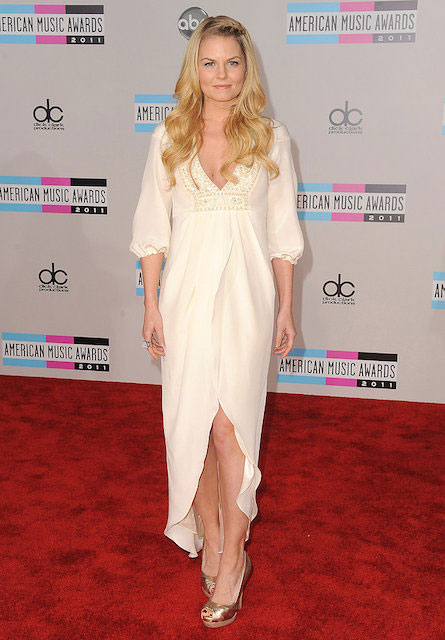