Jimmy Fallon is an American comedian, actor, television host, singer, writer, and producer who has gained acclaim with his work in television as a cast member on Saturday Night Live and as the host of late-night talk shows The Tonight Show Starring Jimmy Fallon as well as Late Night with Jimmy Fallon. He has also authored books like Your Baby’s First Word Will Be DADA, 5 More Sleeps ‘Til Christmas, This Is Baby, Snowball Fight!, and Everything Is Mama. 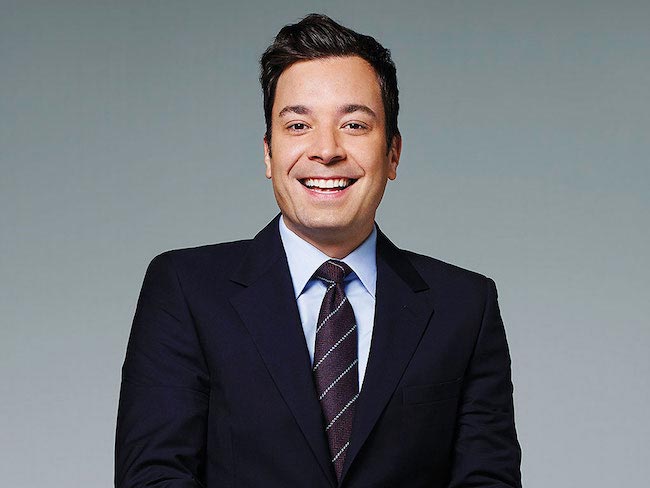 Jimmy attended St. Mary of the Snow in Saugerties.

In 1992, he graduated from Saugerties High School.

Finally, he started attending The College of Saint Rose in Albany, New York where he actually went to major in computer science, but later shifted to communications during his senior year.

Until now, he has released his studio albums via DreamWorks Records, and Warner Bros. Records.

Jimmy is of ⅝ Irish, ¼ German, and ⅛ Norwegian ancestry.

He was earlier a model for Calvin Klein.

In 2005, he appeared in a TV commercial for The Los Angeles Mentoring Partnership.

With Parker Posey, Jimmy appeared in a commercial for Pepsi in 2006.

Hosting the Late Night with Jimmy Fallon and then The Tonight Show Starring Jimmy Fallon, where he was also the writer and executive producer.

It peaked at #47 at US Billboard 200 but didn’t rank on US comedy album charts.

In 2000, Jimmy appeared in the comedy-drama film Almost Famous for his role as Dennis Hope.

From 1998 to 2004, Jimmy appeared as various characters in the late-night live TV sketch comedy show Saturday Night Live in a total of 120 episodes.

Jimmy is not a fan of workout and does not do any hardcore exercise.

He owns a treadmill, though, and does running whenever he feels like it.

Wii Fit is another device he uses to remain in motion. This is a Nintendo video game where the player can practice yoga, skiing, and strength training.

He also eats a balanced diet, salads, and drinks green juice which contains lots of ingredients including spinach, and parsley. He also takes fish oil supplements.