Cara is signed to these modeling agencies –

She has dyed her hair in different shades including golden brown.

She has advertised in the commercials for 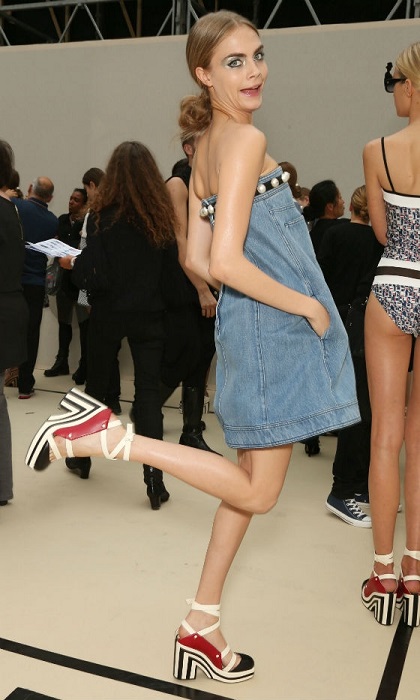 In 2012, Cara appeared in the film adaptation of the novel Anna Karenina by Leo Tolstoy. She played the character of Princess Sorokina, the marriage interest of Count Vronsky (played by Aaron Taylor-Johnson).

Delevingne works out with a trainer, James Duigan (He has also trained some other hot bodies like Elle Macpherson, Rosie-Huntington Whiteley, etc). To get a body like Cara, he advises including oily fish and chicken into the diet to getting a good butt. Caffeine intake should also be degraded to get good sleep. Try to remove the sugar intake completely from the diet. If it is not possible, make sure to eat the sugar at the end of the meal to prevent unnecessary blood-sugar peaks.