Jordan Pruitt is an American former singer, songwriter, and recording artist who started her musical pursuits at a very young age and was signed to Hollywood Records after she recorded a demo EP in 2005. Her discography consists of albums and tracks such as No Ordinary Girl, Permission to Fly, Outside Looking In, My Shoes, Jump to the Rhythm, One Love, We Are Family, The One That Got Away, Hey Shy Boy, Merry Christmas Baby, and Teenager. Jordan Pruitt has also been on tours with several artists including Drake Bell, Demi Lovato, The Jonas Brothers, High School Musical, The Cheetah Girls, and Plain White T’s. 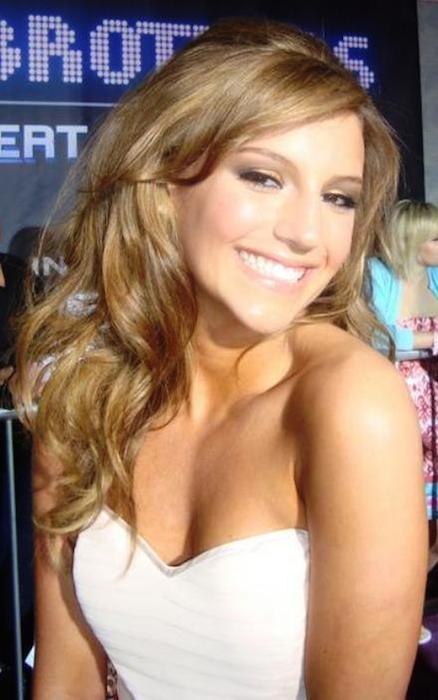 She has been signed to WME Entertainment.

Her net worth had been $1.5 Million according to CelebrityNetWorth.com.

In 2008, she appeared in print ads for Kimberly-Clark paper products.

In the same year (2008), she was the teen spokesperson for Kraft, Limited Too retail stores, and Colgate-Palmolive.

She once said, “The only thing that centers me on a daily basis is Jesus Christ…”.

Jordan released her debut album No Ordinary Girl on February 6, 2007, by Hollywood Records in the United States.

The album received moderate success. Its songs were also included in the Disney Channel movie Read It and Weep and Jump In.

The standard edition of the album consisted of 12 singles, which made the album about 41 minutes long.

In 2008, she appeared in the TV mini-series The Disney Channel Games as herself in episode #1.3.

Jordan is a fitness lover and she is in amazing shape. Her curves could be seen in The Voice back in 2012.

It seems she relies mostly on running to stay in shape. As per her tweet, she runs for 30-35 miles in a week; that averages to about 5 miles per day. But, apart from running, she also does Pilates and other exercises. She tweeted about this on Feb 29, 2012.

She does not put much stress on the diet.