Katie Betzing is an American social media star, best known for her YouTube channel which was created on December 30, 2012, under the name Beauty Guru Girl10, which she later changed to reflect her real name. Self-admittedly, she wasn’t too good in cosmetics and makeup but decided to try it out, as well as focus on DIY projects, fashion, hair care, and discussion videos. Her 1st video was simply titled “My First YouTube Video!” in which she made a DIY tutorial on how to turn usual shoes to so-called “galaxy” shoes. According to her, the channel blew up in popularity when she started uploading comedy skits, challenges, and “relatable videos,” and Katie then continued with vlogs, skincare routines, and fitness advice.

To draw an even bigger audience, she expanded to traveling diaries, pranks, how-to videos, and presented creative ideas for home design, technology, and real-life situations. On November 28, 2016, her channel reached a milestone of 500k subscribers, and 2 years later, on November 9, 2018, her subscriber count was at 1 million. Apart from more than 1 million subscribers and more than 85 million views on YouTube, Katie Betzing has also amassed a large fanbase online with more than 300k followers on Instagram and more than 50k followers on Twitter.

Katie Betzing attended Romeo High School in Romeo, Michigan, United States, and was a 3-time class president during her time there. Her GPA in high school was 3.3.

She has also dyed her hair ‘Blonde’, ‘Dark Brown’, and ‘Light Brown’ in the past.

Katie Betzing has endorsed brands such as –

Growing up, Katie played soccer, basketball, and volleyball, as her dad was a basketball coach, and her mom coached soccer. In middle school, she took to skiing as a hobby, while after college, she found a passion for snowboarding for a year. She also enjoyed track and field, tennis, softball, and finally found herself in boxing which benefitted her life in multiple ways, as she met her boyfriend in a boxing class. Katie then began regularly posting about her current workouts and physique updates via the J80Fit Instagram account created by her and her boyfriend Josh.

She has shared tips that helped her stay on the track herself. The 1st thing she does is to make a to-do list because she would feel disorganized without it. Additionally, she is always careful not to diet too hard as to not slow down her metabolism and ruin her wellbeing. She is also a big proponent of running or at least walking every day. Katie runs at least 2-3 miles on the treadmill before each of her workouts, which helps her both stay lean, and get a good warm-up to avoid potential injury.

Due to popular demand, Katie showcased an example of her own circuit butt/abs workout, which consisted of:

She also likes to keep things interesting and incorporates squats using elastic bands to provide an additional or different kind of muscle tension to prevent hitting a plateau. Katie has also tried hitting a tractor tire with a sledgehammer and throwing a medicine ball against the wall which doubled as both an intense workout exercise and cardio. She also prefers to stay slim/athletic rather than be muscular, as she feels stronger and more agile that way. 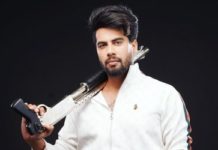 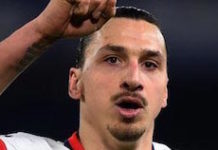 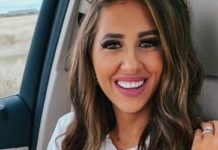