Megan Fox is a Hollywood sensation with fierce blue eyes and a killer body. She made her Hollywood debut with Holiday in the Sun (2001) at the age of 16. Fox is best known for her groundbreaking characters in movies like Transformers (2004) and Transformers: Revenge of the Fallen (2009), a sequel to the first series. In the same year, Fox reprised a bold and beautiful character in Jennifer’s Body (2009), alongside Amanda Seyfried. Besides, Fox has also been featured in different magazines such as Maxim, FHM and Rolling Stone.

In 2008, Fox was voted as the “Sexiest Woman in the World” by FHM readers. After dating for nearly 6 years, Megan Fox and Brian Austin Green got married in 2010. The couple though got separated in August 2015, however, reunited in 2016.

“I hated school and has never been a big believer in formal education. The education, I was getting, seemed irrelevant.” 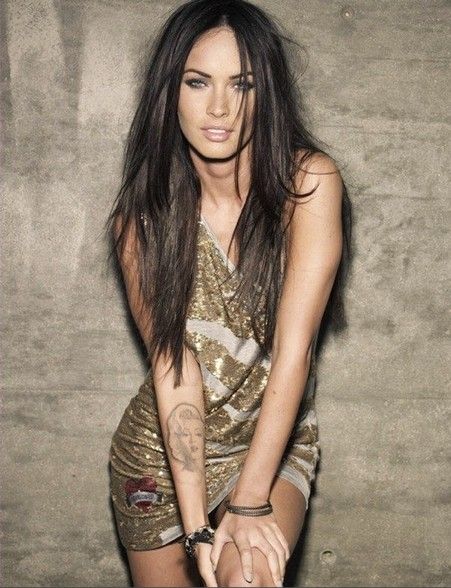 She has dyed her hair in different shades such as platinum blonde, pink, etc.

Megan Fox has said that –

“Well, I do have a 22 inch waist, I will say that. But, I basically starve myself for a month. I am kidding. I did a lot of pilates. An immense amount of pilates.”

Her role in the Transformers series movies, first released in 2007. Also known for her tattoos and porcelain skin.

2001 film “Holiday in the Sun” for her role as “Brianna Wallace”. But, it was a direct-to-video film i.e. it was released directly for home entertainment and didn’t release in theaters.

He has also trained other famous celebs such as Lady Gaga, Rihanna, etc.