Tom Holland is an English actor, dancer, stage actor, voiceover artist, and director who began his acting career by playing the titular role in the Billy Elliot the Musical in the West End from 2008 to 2010. Since then, he has given various critically acclaimed performances in shows and movies which include Lucas Bennett in The Impossible, Peter Parker/Spider-Man in the Marvel Cinematic Universe superhero films, Thomas Nickerson in In the Heart of the Sea, Arvin Russell in The Devil All the Time, Jack Fawcett in The Lost City of Z, and Gregory Cromwell in Wolf Hall. In 2017, he received the “Rising Star Award” at the British Academy Film Awards, becoming the youngest BAFTA Rising Star recipient.

Subsequently, until December 2012, Tom went to Wimbledon College. Post that, he attended The BRIT School for Performing Arts and Technology.

Sam and Harry are twins and both of them are three years younger than Tom.

Tom Holland is of English and Irish descent. 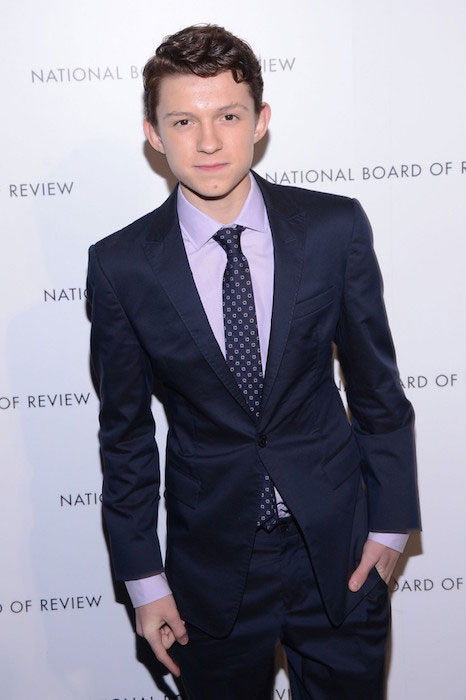 He has advertised for fashion label Prada for their various spring/summer collections.

He debuted with the Japanese animated fantasy film Arrietty where he voiced the role of Shô in the UK version of the film.

Otherwise, as an actor, his debut film is the disaster drama film The Impossible where he played the role of Lucas Bennett in 2012. For this role, he won the London Film Critics’ Circle Award for “Young British Performer of the Year”, Empire Award for “Best Male Newcomer”, and Young Artist Award for “Best Performance in a Feature Film – Leading Young Actor”.

In 2015, Holland was seen portraying the role of Gregory Cromwell in the BBC Two’s show Wolf Hall.

Tom Holland definitely works out in the gym. He has a slim build, which makes him easy to perform stunts/movements.