Mark Wahlberg is an American actor, producer, restaurateur, and former rapper who made his theatrical film debut in the 1994 comedy film Renaissance Man. He has also been cast in films like All the Money in the World, Planet of the Apes, The Italian Job, I Heart Huckabees, Mile 22, Daddy’s Home, Patriots Day, Max Payne, The Happening, Pain & Gain, Mojave, We Own the Night, Transformers: Age of Extinction, Lone Survivor, Spenser Confidential, Three Kings, and The Truth About Charlie.

Mark attended Copley Square High School in Boston, Massachusetts, but didn’t graduate. He dropped out at the age of 13. In June 2013, he got his high-school diploma.

Mark has been signed to these talent agencies –

He has English, Irish, and French Canadian ancestry on his mother’s side while he is of half Swedish and half Irish descent on his father’s side.

Has 4 tattoos on his body – on the upper left arm, upper right arm, ankle, and around the neck. 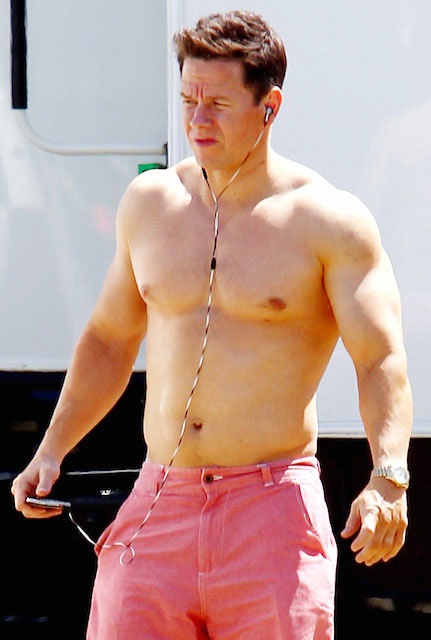 He is a former Calvin Klein Underwear model and appeared in their commercial in 1993.

He was the lead singer of the band “Marky Mark and the Funky Bunch”. With his band, he released his first album on July 23, 1991, titled Music for the People. It got certified as Platinum in U.S. and Canada and topped the chart of US Heatseekers.

On September 15, 1992, Mark released another album You Gotta Believe via Interscope Records.

In 1993, Mark appeared in the television movie The Substitute for his role as Ryan Westerberg. His role is credited as “Marky Mark”.

He was also the executive producer of this TV series.

He does not give preference to intense and hardcore ab-workout. He made his six-packs as a result of a light ab-workout.

Before starting the shooting of the 2013 film “Pain & Gain”, he used to eat mass gainers and consumed 10 meals a day. In this film, he needed to play the role of a bodybuilder and for that, he took help from a personal trainer, Brian Nguyen. Check out his workout routine at Bodybuilding.com.