Kate Moss is an English model, fashion designer, and businesswoman who gained acclaim with the heroin chic fashion trend of the mid-1990s and worked with a number of brands and designers including Chanel, Balenciaga, Burberry, Stuart Weitzman, Versace, Rag & Bone, Alexander Wang, David Yurman, Givenchy, Roberto Cavalli, Isabel Marant, Yves Saint Laurent, Dior, Gucci, Dolce & Gabbana, Calvin Klein, Alexander McQueen, and Bulgari. Regarded as one of the world’s top fashion models, her career was negatively affected when she faced drug allegations beginning in late 2005. She was described as “the ideal beauty of the moment” by British contemporary visual artist Marc Quinn. 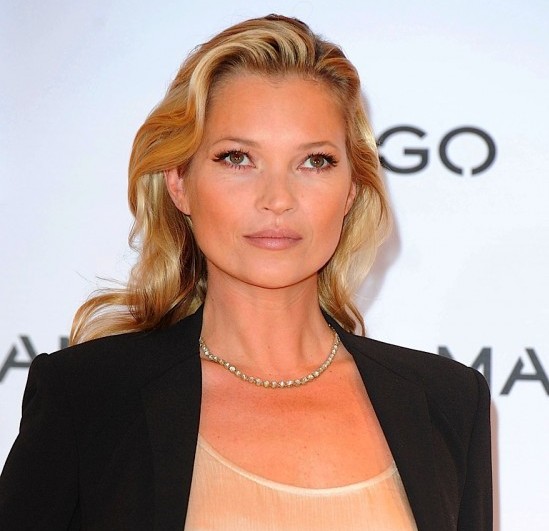 Kate Moss has been connected with many people. Here’s the list goes –

Christianity (with a touch of Buddhism)

Modeling and being the role model and inspiration for many other girls, newbie models, actresses.

Moss has been flashed in several music videos. In 1994, she appeared in the single “Fade Away” and in 1998 “Don’t Go Away” by band Oasis.

Unzipped, a 1995 documentary for her role as herself. It was a fashion movie involving many models such as Cindy Crawford, Naomi Campbell, etc.

Although, she has also been featured in another movie before Unzipped, which is Inferno! It is a 1992 comedy TV film of almost 52 minutes.

BBC Comedy skit show, French & Saunders (aka F&S) as herself. She appeared in this show in 4 episodes in the first quarter of 1996.

Dan Chapman, an A-list trainer helps Moss to stay in shape. He is famous for his 3-Week body blast program. She did workouts that involve switching between high intensity and low intensity so as to increase heart rate and thus burn more fat and calories. To do so, she runs on a treadmill and jogs on a hill, each for 3 minutes. The trick is to run on a flat surface for 3 minutes and then on an inclined plane for another 3 minutes. She also focused on different exercises to bring fitness. Crunches are suggested by Dan to get toned core muscles. Do a set of 5 crunches. The secret behind her legs and butt are the high-intensity kickboxing and jumping squats.

Just within 10 minutes of the workout session, Chapman recommends having some proteins in the form of a protein bar or protein shake. He suggests the Promax Bar. Dan says to drink some energy booster before your workout starts. Have green tea, red bull or coffee as these contain caffeine, which is responsible for energy-boosting.

She says clothes are her favorite thing in the world.