Vincent Cassel is a French actor renowned to play the role of Vinz in the 1995 film La Haine and enacting Capucin Ambrosio in The Monk (2011). He has acted in several English and American films including Derailed (2005), Ocean’s Twelve (2004), Ocean’s Thirteen (2007), and Birthday Girl (2001). He has a huge social media fan base with more than 1 million followers on Instagram and more than 500k followers on Facebook.

Cassel attended a circus school at the age of 17.

Vincent Cassel is represented by Adéquat.

Playing the role of insane and mentally disturbed characters

He made his first TV show appearance in 1988 on the comedy, drama series La belle Anglaise. 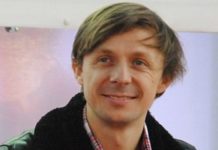