Audrey Tautou is a French actor, voice actor, model, and director who rose to global acclaim with her lead role in the 2001 film Amélie, a role that won her Chicago Film Critics Association Award, Lumières Award, and Sant Jordi Award. She is also known for playing Marie in the romantic comedy film Venus Beauty Institute, Mathilde in the romantic war drama film A Very Long Engagement, Senay Gelik in the social thriller film Dirty Pretty Things, Gabrielle ‘Coco’ Chanel in the biographical drama film Coco Before Chanel, Irène in the comedy film Priceless, Agnès in the comedy crime-drama film The Trouble With You, and Simone Melchior in the biographical adventure film The Odyssey.

She studied acting at the French drama school Cours Florent.

Audrey graduated from College Jules Ferry de Montlucon in 1991. She attended The Institut Catholique de Paris (known in English as the Catholic University of Paris) to study literature in Paris, France.

Audrey Tautou has been signed with –

Audrey Tautou is of French descent.

She was raised as a Catholic.

Now, she seems doubtful of her religious beliefs, but she still professes a belief in God.

“I believe in God, but I am not sure to trust Him so much”

Playing the title role as Amélie Poulain in the 2001 romantic comedy film Amélie, as Sophie Neveu in the 2006 film The Da Vinci Code, and as Gabrielle ‘Coco’ Chanel in the 2009 film Coco Before Chanel.

She is in excellent shape and it all happened with the assistance of personal trainer Cornel Chin.

He advises his followers or clients to follow his exercises and guidance to get the best shape of their life without expensive gym memberships or hiring nutrition experts.

Execute these exercises 4 times a week for at least 30 minutes a day.

For more information, you may want to visit www.mirror.co.uk. 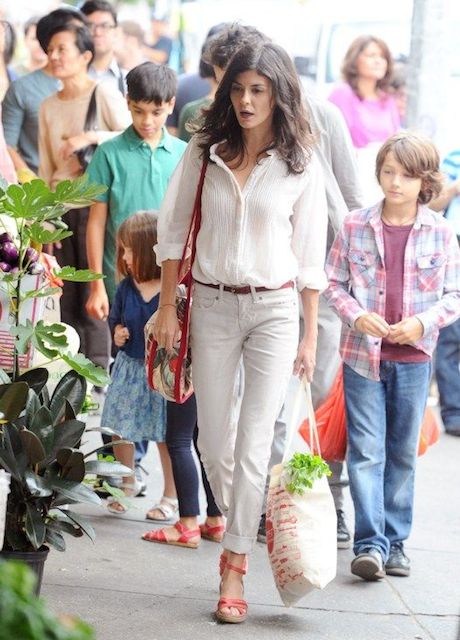