Brooke Shields is an American actress, model, producer, and voice artist who started her career pursuits at a young age. She has been cast in a variety of shows and movies which include the likes of The Muppets Take Manhattan, I Can Make You Love Me, Suddenly Susan, King of the Gypsies, Wanda Nevada, Friends, That ’70s Show, Hannah Montana, The Greening of Whitney Brown, The Misadventures of Margaret, Our Italian Husband, Two and a Half Men, Creative Galaxy, The Middle, Who Do You Think You Are?, The Boy Who Cried Werewolf, Lipstick Jungle, Mr. Pickles, Momma Named Me Sheriff, Law & Order: Special Victims Unit, Tales from the Crypt, The Midnight Meat Train, Backstreet Dreams, and Just You and Me, Kid. In addition to that, she has also authored books like There Was a Little Girl: The Real Story of My Mother and Me, Down Came the Rain: My Journey Through Postpartum Depression, and It’s the Best Day Ever, Dad!. 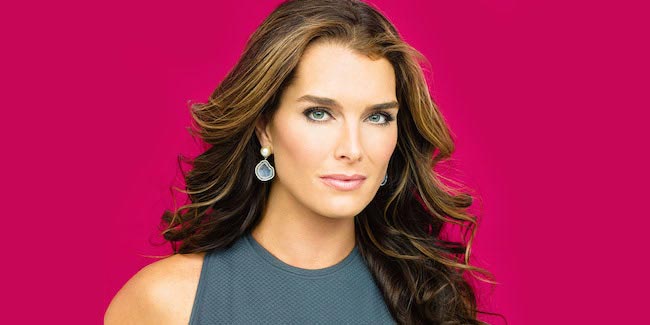 She completed her studies till grade eight at the New Lincoln School, New York City. In 1983, Shields did her graduation from The Dwight-Englewood School in Englewood, New Jersey.

She pursued a Bachelor’s degree in French Literature from Princeton University in 1983 and graduated in 1987.

In 2020, her net worth was $40 Million according to CelebrityNetWorth.com.

Other TV commercials include –

Her print ad campaigns include –

She did her first film Alice, Sweet Alice (1976) to play the role of Karen Spages. It was an American slasher film.

Shields’s first major role was in Pretty Baby in 1978.

Her first TV show was NBC’s soap opera The Doctors in 1982 for her role as Elizabeth Harrington.

The Brooke Book was her first book. It was published in 1978.

Talking in an interview, she said exercise helps her beat stress. She runs and eats healthy to stay fit. She is a vegan.