Candace Cameron Bure is an American actress, producer, author, and talk show panelist who gained acclaim with her role as D.J. Tanner/D.J. Tanner-Fuller in Fuller House. Moreover, she has also been cast in several other shows and movies in roles such as Megan White in St. Elsewhere, Summer Van Horne in Make It or Break It, Aurora Teagarden in Aurora Teagarden Mystery: A Bone To Pick, Cynthia in Faith of Our Fathers, Cassandra in The Wager, Jennifer “Jenny” Foster in Growing Pains, Megan Walsh in The Heart of Christmas, Julia Fielding in I Saw What You Did, Millie in Boy Meets World, Courtney Dearborn in That’s So Raven, and Carrie in Punchline. 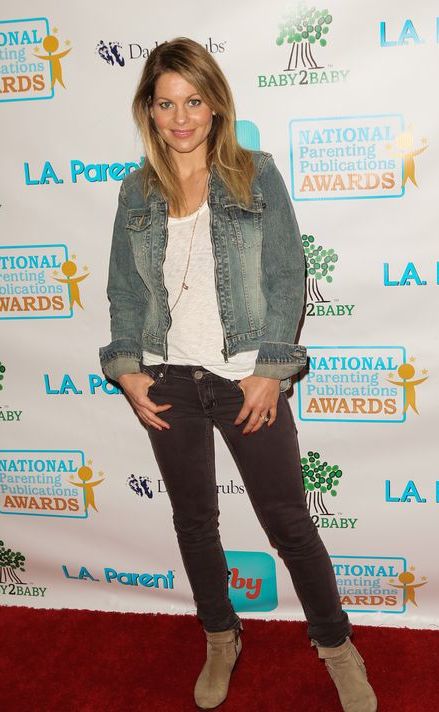 She is of Scottish, English, German, Irish, Channel Islander (Jersey), and Dutch descent.

She turned to Christianity in her twenties.

Candace appeared in the 1987 romance movie Some Kind of Wonderful for her role as Cindy Nelson.

From 1982 to 1984, Candace played the recurring role of Megan White in NBC’s medical drama series St. Elsewhere. She had appeared in 5 episodes during these two years.

She works out for four to five days a week, with each session going up to an hour. Candace lost 22 pounds in 2010 by doing regular workouts and keeping good care of her diet, primarily portion control.

She does cardio for 35 minutes and then weight-training for 25 minutes.