Cody Simpson is an Australian singer, songwriter, dancer, actor, model, and swimmer who has released albums, EPs, and tracks like Coast to Coast, Surfers Paradise, Free, Wish U Were Here (featuring Becky G), Not Just You, Pretty Brown Eyes, and White Christmas. In addition to that, he has also been a part of projects like Bucket & Skinner’s Epic Adventures, Smiley Face Killers, Punk’d, Dancing with the Stars, Instant Mom, Anastasia, and Finding Cody.

He studied at All Saints Anglican School and was a talented swimmer in his younger years. He has also been trained at the Miami Swimming Club under coach Ken Nixon.

At 12 only, he started recording songs. So, he was homeschooled for the most part.

Cody Simpson’s net worth had been $5 million as per CelebrityNetWorth.com.

Singing various songs such as iYiYi (debut single), released in 2010.

In 2012, Cody released his first studio album Paradise under Atlantic Records. The album contains 10 singles making it a total length of 23:30 minutes. One of the single “Wish U Were Here” features Becky G. “So Listen” was released as a promotional single for the album, which features rapper T-Pain.

As a singer, his debut movie is a TV movie, where he appeared in  Nickelodeon Kids’ Choice Awards 2010 in 2010 as himself.

American Disney Channel musical sketch comedy series, So Random! for her role as a singer. He was invited in one of the episodes as a musical guest and he sang “All Day” in 2011.

Jeffrey Traynor is Simpson’s trainer and security guard. He likes the taste of ketchup so much that he even puts them on salads and strawberries. Next, he says that he wants to try it on watermelon too.

“Take every opportunity that comes your way and most importantly have fun with it.”

“What I look for in a girl is someone who is relaxed and laid back doesn’t spend too much time getting ready.” 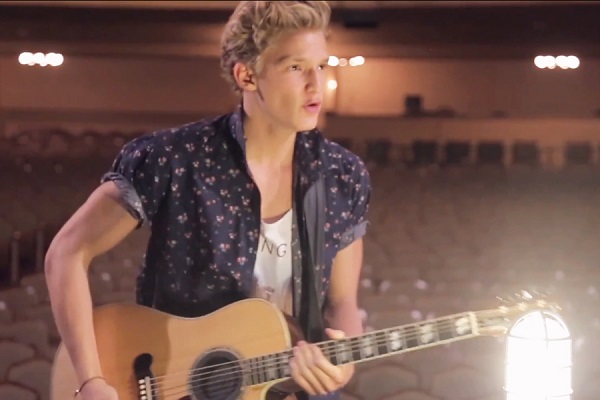