Brooklyn Beckham is an English model and photographer who is the oldest son of English former footballer David Beckham and English singer-turned-fashion designer Victoria Beckham. He started modeling in the year 2014 and has appeared in editorials and on covers for Vogue China, Miss Vogue, Interview, L’Uomo Vogue, T:The New York Times Style Magazine, and Dazed Korea. 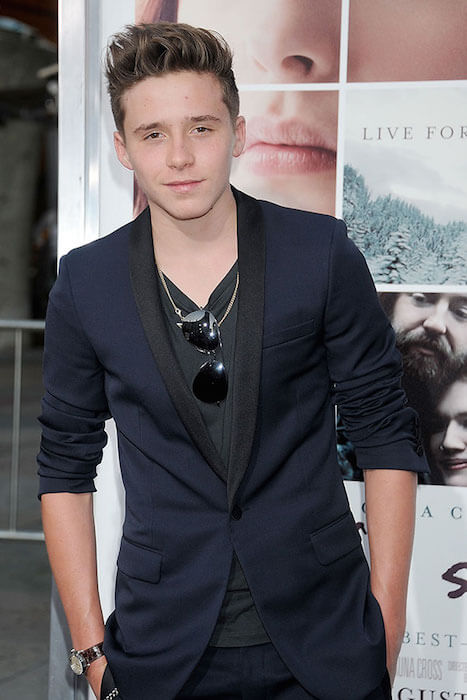 He has studied photography at Parsons School of Design in New York City.

Brooklyn Beckham has been romantically linked with –

Brooklyn Beckham is of English, Jewish, and German descent.

His modeling work and playing football with Arsenal U16.

In 2002, he appeared in the TV movie documentary Being Victoria Beckham as himself. He was three at that time.

In 2012, he appeared in the reality game show Hell’s Kitchen as himself – Restaurant Patron in an episode titled “10 Chefs Compete.”

Brooklyn works out. He shared his workout pic on Twitter with his fans on September 9, 2015.

In June 2015, he also shared his boxing picture on Instagram, which was covered by Daily Mail.

In the past, when he was dating Chloe, he also used to go to SoulCycle for a spinning workout.