Ariana Grande is an American singer, songwriter, and actress who has emerged as one of the most successful music artists of her time and has transformed “from ingénue to independent female artist.” Included in Time‘s “100 Most Influential People in the World” list in both 2016 and 2019, the celebrated musician has won at least a Grammy Award, a Brit Award, 2 Billboard Music Awards, 3 American Music Awards, 9 MTV Video Music Awards, and 20 Guinness World Records. Moreover, Grande is also the most followed woman on Instagram and became the first woman to cross the benchmark of 200 million followers on Instagram in September 2020.

Grande attended North Broward Preparatory School, a high school which she left to join the musical. After that, she was homeschooled as the school continued to send her all the required study material. So, she could study with the help of home tutors.

Her career is managed by Scooter Braun.

Later, in January 2011, Ariana made this statement on her height on Twitter –

She is of Italian descent with half Sicilian and half Abruzzese.

She dyes them according to her roles in the TV shows and movies.

Grande has previously dyed them red.

Disputed (Either Bisexual or Straight)

In 2019, she released a song titled “Monopoly” in which she sings which created controversy whether she is bisexual or not.

She has appeared in the Old Navy commercial alongside Jennette McCurdy, and the LINE app commercial in 2014.

She has not shown much faith in religion. Her parents believe in God and she also goes to church occasionally with them.

She was previously a Catholic, but when her gay brother, Frankie was not accepted into the Catholic Church, she decided to change the religion. Right now, she is Kabbalah.

Working on the Nickelodeon sitcom Victorious as Cat Valentine from 2010 to 2013.

2013 movie Swindle for her role as Amanda Benson. She was in the lead role in the movie with Noah Crawford, Chris O’Neal, Jennette McCurdy, Noah Munck, and Ciara Bravo.

Her debut role in the TV series was in The Battery’s Down. She appeared in the TV show in 2009 for her role as Bat Mitzvah Riffer in season 2, episode 2, titled “Bad Bad News”. Though, it was good news for her fans.

Ariana loves to stay fit, do the workout. She has revealed that she likes to do an elliptical workout to Bruno Mars and Nicki Minaj‘s music. Cardio, which is one of the most important exercises, is done by her in the form of dancing. She wants her readers / followers to try the dance workout in a 5-inch heel. This is because it will burn more calories.

Other than these dance rehearsals, she is also able to do some exercises by running behind her puppy, Coco, in order to chase it.

Hiking and meditation are her hobbies and Grande does them on a regular basis. She tries to keep herself full of energy by having dry fruits and nuts like almonds and cashews.

She is a vegan and stays away from dairy, and non-vegetarian food.

“You have to be thankful and I think being in this business is one of the most important things is to give back because there’s no better feeling than knowing that your work is being appreciated by people.” 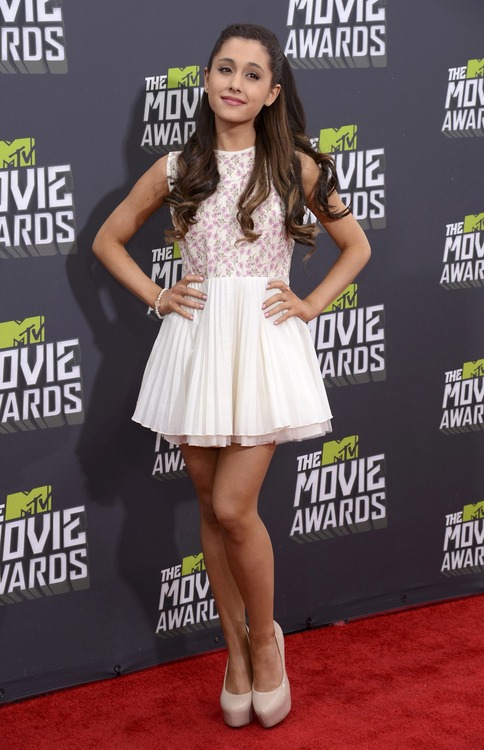