Dave Franco is an American actor, voice actor, comedian, writer, and producer whose film credits include 21 Jump Street, The Little Hours, Easy A, The Disaster Artist, Superbad, The Shortcut, Milk, Charlie St. Cloud, Greenberg, The Broken Tower, Fright Night, Warm Bodies, Now You See Me, The Lego Ninjago Movie, Now You See Me 2, The Lego Movie, 22 Jump Street, Day Shift, Neighbors, If Beale Street Could Talk, Nerve, Neighbors 2: Sorority Rising, Unfinished Business, 6 Balloons, 6 Underground, and Zeroville. In addition to that, Dave Franco’s television roles include playing Cole Aaronson in the sitcom Scrubs, Ed Poole in the comedy series The Now, Xavier in the murder mystery comedy series The Afterparty, Jeff in the comedy-drama anthology series Easy, Gonzo in the comedy-drama series Greek, Zachary in The CW comedy-drama series Privileged, and Gus in the sitcom Do Not Disturb.

Dave went to Palo Alto High School and graduated in 2003. Subsequently, he got enrolled at the University of Southern California but dropped out to focus on his acting career.

Dave Franco has been signed to –

His net worth has been $10 Million according to CelebrityNetWorth.com. 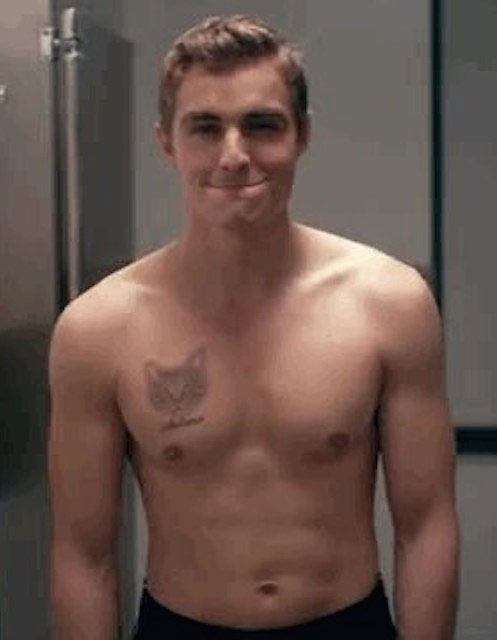 He has appeared in EA Games’ Madden NFL 15 commercial with Kevin Hart.

Dave appeared in the 2006 short film Frat Bros. for his role as A.J.

In 2006, Franco guest appeared in the family drama series 7th Heaven for his role as Benjamin Bainsworth in an episode titled “Highway to Cell.”