Elizabeth Daily is best known for the work she has done as a voice actress. She has served as the voice of Buttercup in The Powerpuff Girls and the voice of Tommy Pickles in the Nickelodeon show, Rugrats. As an actress, she is known for her solid performances in movies such as Pee-wee’s Big Adventure, Fandango, No Small Affair, Dogfight, and Streets of Fire. She is also an accomplished singer and her singles such as Say It, Say It, Love in the Shadows, and Mind Over Matters have also been featured in the U.S. music charts.

Elizabeth Daily went to Beverly Hills High School, which was also attended by some of the most popular Hollywood stars such as Angelina Jolie, Nicolas Cage, and David Schwimmer.

She has European Jewish ancestry.

In 1985, she released her debut studio album, Wild Child. Although the album wasn’t much of a success, it’s one single, Say It Say It, managed to reach the very top of the U.S. Billboard Hot Dance Music /Club Play songs chart.

In 1978, she made her feature film debut in the drama music movie, Jukebox.

As a voice actress, she made her theatrical film debut in the drama movie, Lorenzo’s Oil, in 1992.

In 1979, Elizabeth Daily made her first TV show appearance as Rita in an episode of the show, Laverne & Shirley.

As a voice actress, she made her TV show debut in 1992 by voicing the character Lightwave in the animated action-adventure show, Darkwing Duck. 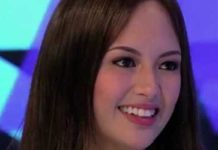