Elliot Page is a Canadian actor, producer, and voiceover artist who is best known for having been cast as Juno MacGuff in Juno, a 2007 American coming-of-age comedy-drama film. This role got him nominated for the 2008 Academy Award for “Best Actress”. Moreover, some of his other on-screen roles include playing Vanya Hargreeves in The Umbrella Academy, Shawna Hawkins in Tales of the City, Lilith Sandström in ReGenesis, Treena Lahey in Trailer Park Boys, Kitty Pryde in X-Men: The Last Stand, Sylvia Likens in An American Crime, Tracey Berkowitz in The Tracey Fragments, Hayley Stark in Hard Candy, Emily Anderson in Wilby Wonderful, Stella Blackstone in I Downloaded a Ghost, and Ariadne in Inception. Page came out as transgender on his social media accounts on December 1, 2020, and various celebrities, including Canadian Prime Minister Justin Trudeau, Ellen DeGeneres, James Gunn, and Kumail Nanjiani, expressed their support for the actor. Netflix also tweeted: “So proud of our superhero! We love you Elliot!”

Until grade 10, he went to Halifax Grammar School. Subsequently, he went to Queen Elizabeth High School. Finally, in 2005, he graduated from Shambhala School in Halifax, Nova Scotia.

For about two years, he went to Toronto to study Interact Program at Vaughan Road Academy. He attended this academy with actor Mark Rendall.

He is of English, Scottish, Irish, and Welsh descent.

In February 2014, Page came out as gay. However, in December 2020, Ellen (later known as Elliot Page) came out as transgender.

In 2010, Elliot was the spokesperson for “Cisco Systems“ and had appeared in a series of advertisements.

He appeared in the 2002 short film The Wet Season for his role as Jocelyn.

Elliot Page is regular in his exercises and is able to make him into the journals. 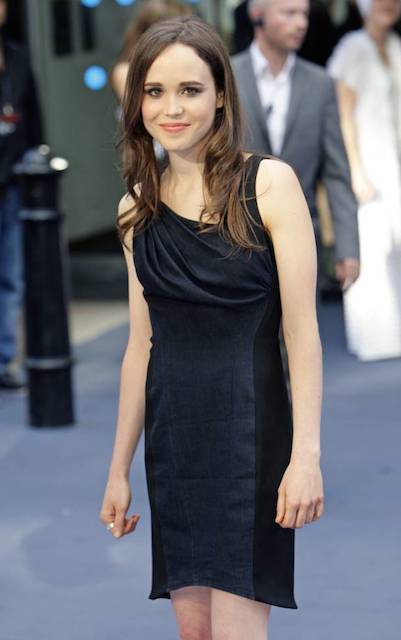