Emma Stone is an American actress best known for her portrayal of roles in movies like The Help & superhero film The Amazing Spider-Man, and its 2014 sequel. Emma is favorite among the critics as they feel that she has all the qualities which are needed in a contemporary actress. Her guest appearances too have grasped the attention of the audience in drama series like Medium & Lucky Louie. Her skills got her multiple Best Actress Awards for the musical comedy-drama La La Land at all the award shows including many other nominations.

Stone is a style icon‍—‌the media names her hair, eyes, and husky voice as her attractive traits. She has made it to most of the magazines like The Times, FHM, FHM Australia, Men’s Health, etc for most of the time. Vogue has even complimented the actress for her “modern and perfectly put-together looks”, saying that she has the charisma to charm anyone both on and off-screen. 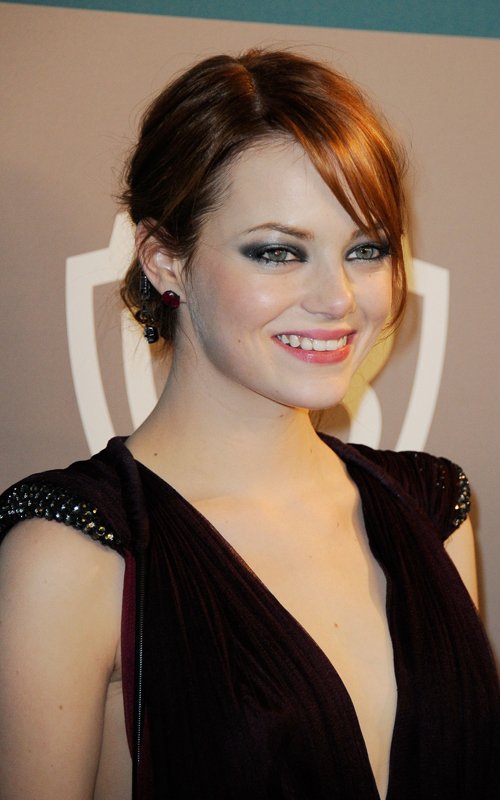 She was then, homeschooled for the next 2 years.

Emma, then went to  Xavier College Preparatory, for just 1 semester and dropped out for her acting career.

Emma is signed to –

She is of Swedish, Scottish, German, Irish, and English descent.

But, she likes to dye them reddish-brown.

She has endorsed Revlon and has appeared in their print ads and commercials.

Deep, sultry voice and her roles in movies like Zombieland, Easy A, Superbad.

2007 comedy film Superbad for her role as Jules. For this movie, she was awarded ‘Young Hollywood Award for Exciting New Face.’