Gleb Savchenko is a renowned Russian dancer and choreographer. Gleb was interested in dancing from a very early age. After getting professionally trained in Latin dance forms and winning various dance championships, he became a regular star in the Dancing with the Stars franchise, being aired in different countries.

His acting, modeling, and dancing have taken him to various parts of the world. Gleb is very close to his family and tries to spare time to enjoy the growing up days of his children.

Gleb graduated with a degree of Masters in Choreography from Russian Theatre Arts University.

He is also skilled in drama and theater which he learned from Moscow Theatre Arts University.

Gleb is represented by –

Being a well-known dancer and choreographer. He has been in limelight for his participation in dance reality show Dancing with the Stars in the versions of different countries like the UK, Australia, and Russia.

He made his TV show debut in the dance reality show, Strictly Come Dancing in 2012.

He has a fanship for Fitness Kitchen, Los Angeles which is a meal delivery service for weight loss and weight management. He believes that their food is tasty and healthy enough to keep him in shape. 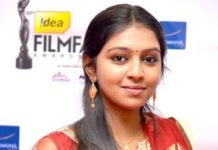