Nikki Bella attended Chaparral High School and graduated in 2002. She then got enrolled at Grossmont College but left after just one year. Later, she moved to Los Angeles to pursue a career in modeling and acting.

Nikki Bella is signed up with World Wrestling Entertainment, Inc.

Nikki Bella has been featured in a TV spot for Susan G. Komen for the Cure, in which she co-starred with her fiancé John Cena. Also, she has used her strong online presence to promote products and brands through her social media activity.

In September 2007, she made her professional WWE debut along with her sister in a tag team match against Nattie Neidhart and Krissy Vaine. They went on to win the match.

In 2014, she made her theatrical film debut in the supporting role of Erica in the comedy-drama, Confessions of a Womanizer.

In 2009, she made her first TV Show appearance in the sports series E.C.W. as herself.

Early on in her wrestling career, Nikki Bella used to focus on lifting heavy weights to prepare her body for the heavy-duty wrestling performances. However, it left her feeling uncomfortable in her body. Plus, she was bored of pumping iron. But then, her sister introduced her to Pure Barre. Her Pure Barre classes usually last for 55 minutes and she makes it a point to be as regular as possible.

When it comes to diet, she tries to be thoughtful and balanced in her approach as she doesn’t believe in crazy dieting methods. In case she is preparing for an event or shoot, she simply becomes more watchful about her eating habits. Otherwise, she balances her diet to allow room for indulgences as well. For example, if she wants to have a glass of wine and dessert for dinner, she refrains from having avocados in her lunch salad. 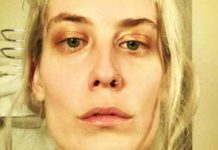