Pharrell Williams is an American singer, songwriter, record producer, fashion designer, and entrepreneur who formed the hip hop and R&B production duo The Neptunes in the early 1990s alongside his close colleague Chad Hugo. He has also served as the lead vocalist of the hip hop and rock band N.E.R.D. Over the years, Pharrell Williams has worked on multiple albums like In My Mind, Girl, Seeing Sounds, In Search Of…, Fly or Die, The Neptunes Present…Clones, Nothing, and No One Ever Really Dies. Moreover, he has won at least 13 Grammy Awards, including 3 for Producer of the Year, Non-Classical (one as a member of The Neptunes). He is also a two-time Academy Award nominee: in 2014 for “Best Original Song”, for Happy (from Despicable Me 2); and in 2017 for “Best Picture”, as a producer of Hidden Figures.

Pha-real, Lil’ Skateboard P (got this name while in high school), P. Willy 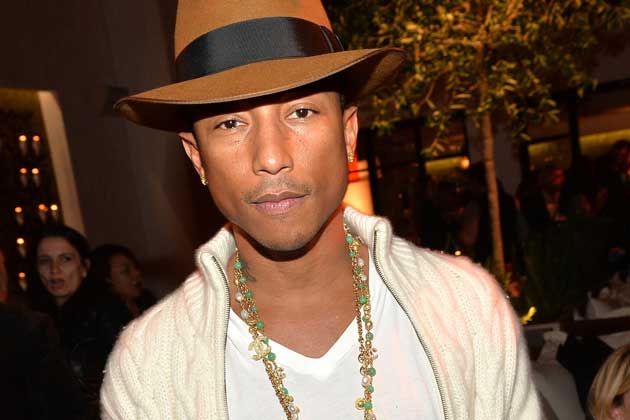 Pharrell’s work has been managed by –

Columbia Records, Star Trak, Interscope, i am OTHER, Virgin. Arista

According to CelebrityNetWorth.com, his net worth was $200 Million in 2020.

Pharrell Williams is of African-American descent.

Williams is speculated to be wearing a shoe of size 10 (US).

Being a member of the band N*E*R*D (also known as No one Ever Really Dies). Other than Pharrell, the other members are Chad Hugo and Shay Haley.

Pharrell released his debut studio album In My Mind on July 25, 2006, under Star Trak Entertainment (a subsidiary of Interscope Records). The album was certified as Silver in Britain and charted at #7 there. In US Billboard 200, it reached #3.

The album featured 16 singles making it longer than an hour.

In 2004, Pharrell appeared in a short (18 minutes long) film The Ecology of Love for his lead role as Andre.

He was also the producer of this film.

Pharrell looks younger than his actual age and has been working out to keep his body in the best shape. His lean body is the result of regular exercises and a proper diet. He also loves skating, which he can also do at home because he has a half-pipe at his home.

Pharrell also revealed some of his skincare secrets. The singer’s fresh face is the result of Cetaphil’s gentle cleanser, which he uses daily.

Though besides all the stuff, he’s doing, there is at least some contribution due to her genes too. He admits that his parents also had a youthful appearance.