Badshah has contributed his vocals towards Hindi, Haryanvi, and Punjabi songs. He commenced his career in 2006 when he became the part of rap group Mafia Mundeer. Yo Yo Honey Singh was also a part of the band. They split after 6 years of working together in 2012.

His own first song was “DJ Waley Babu” released in mid 2010s.

Badshah went to the Bal Bharati Public School in Pitampura, Delhi. After the completion of his school education, he got enrolled at the PEC University of Technology, Chandigarh. He aimed to study civil engineering in the university. However, he dropped out to pursue a career as a rapper.

Badshah has appeared in a commercial for Yamaha Cygnus in 2016.

He also gave his voice for a song recorded for Bingo Mad Angles commercial, which was specially created for 9X Tashan channel.

Badshah regularly hits the gym to keep his fitness levels up. His gym workouts follow the split body parts pattern for strength training. Cardio also forms an important part of his workout routine. 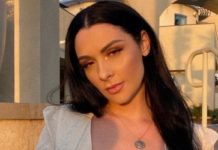