Seth Macfarlane is an American actor, screenwriter, producer, film director, singer, and animator. He is known for creating the television adult animated sitcom Family Guy as well as the science fiction comedy-drama series The Orville and for co-creating the adult animated sitcoms American Dad! and The Cleveland Show. He has also been a part of several other shows and movies such as Life is Short, The Life of Larry, Stewie Griffin: The Untold Story, Futurama: Into the Wild Green Yonder, A Million Ways to Die in the West, Logan Lucky, and Sing. Moreover, he was inducted into the Television Hall of Fame in 2020.

Seth attended Kent School and in 1991, he got his high school diploma.

Seth then received his Bachelor of Fine Arts degree from Rhode Island School of Design (RISD) where he studied animation, film, and video.

Seth MacFarlane has been signed with –

His net worth had been $300 Million according to CelebrityNetWorth.com.

Seth MacFarlane’s body measurements like chest, biceps, and waist sizes are not known.

In 2009, Seth appeared in a TV commercial for Hulu.com.

Later in 2012, Seth was seen in the AXE Hair commercial.

He was also seen in the TV commercials for animated television series “American Dad!” and “Family Guy.”

Being credited as the creator of “Family Guy” and co-creator of “American Dad!” and “The Orville”.

Seth released his first album Music Is Better Than Words on September 27, 2011, via Universal Republic Records. It peaked at #111 at Us Billboard 200.

It consists of 14 songs in the standard edition, which makes it about 52 minutes long.

Seth first appeared in a 1995 animated film The Life of Larry where he voiced the role of Larry, Steve, and Lois. It was a student film directed by himself.

In 1997, Seth MacFarlane was seen in just one episode of the animation showcase series What a Cartoon! where he voiced the role of Larry and Steve.

Before Seth MacFarlane started working out, he used to weigh 205 pounds. It all started when actor Ryan Reynolds guest appeared on Seth’s TV show, Family Guy. Seth was impressed by Ryan’s physique and asked who was his trainer.

This is how Seth got introduced to celebrity trainer Bobby Strom. He started working all 7 days a week to lose the extra weight and started eating completely healthy such as egg whites, Greek yogurt among others. 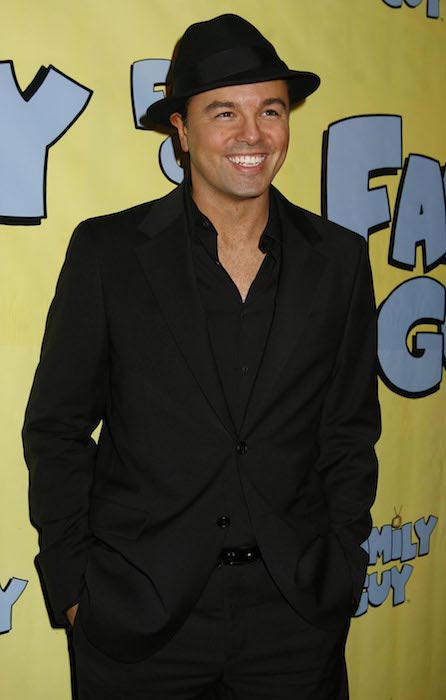