Abigail Breslin is an American actress, voiceover artist, singer, and director who gained acclaim with her role as Olive Hoover in the 2006 comedy-drama film named Little Miss Sunshine and this performance got her nominated for the Academy Award for “Best Supporting Actress” at age 10 while she won the Critics Choice Award for “Best Young Actress” and the Young Artist Award for “Best Performance in a Feature Film Young Actress Age Ten or Under”. She has also been cast in various other movies and shows such as The Princess Diaries 2: Royal Engagement, Signs, Scream Queens, Kit Kittredge: An American Girl, Ender’s Game, My Sister’s Keeper, Maggie, Final Girl, Zombieland: Double Tap, Ghost Whisperer, and Grey’s Anatomy.

In 2020, her net worth was $8 Million according to CelebrityNetWorth.com.

Abigail Breslin is of British Isles (Irish and English) and Ashkenazi Jewish descent.

Her natural hair color is ‘Brown’.

But, she likes to dye her hair ‘Blonde’. 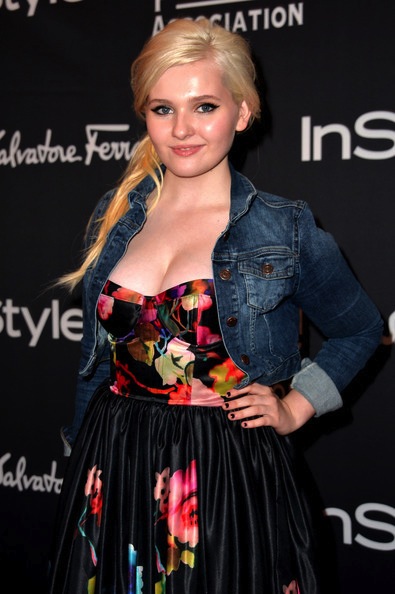 She has appeared in different TV commercials –

Portraying Olive Hoover in the 2006 movie Little Miss Sunshine, as Valentine Wiggin in Ender’s Game in 2013.

Abigail played the role of Bo Hess, the daughter of the lead character in the 2002 American science fiction thriller film Signs. She also received a nomination for two awards.

In 2002, Abigail guest appeared in an American television sitcom What I Like About You as Josie in an episode titled “The Teddy Bear”.