Ashley Graham is an American plus-size model, television presenter, and body activist who has been a very vocal advocate of body positivity and is considered as one of the most successful plus-size models of her generation, although she does not prefer the use of the term ‘plus-size’ and rather calls it ‘my size’. Over the years, she has worked with a number of successful designers and brands including Prabal Gurung, Michael Kors, Dolce & Gabbana, H&M, Tommy Hilfiger, Rag and Bone, and Christian Siriano.

From 2002 to 2005, she attended Lincoln Southwest High School in Lincoln, Nebraska.

She is of Welsh, English, and Scottish descent on her father’s side and has German roots on her mother’s side.

She has worked with several brands and appeared in the advertisements for Bloomingdale’s, Elomi Lingerie, Evans, Hanes, Lane Bryant, Levi’s, Macy’s, Nordstrom, Old Navy, Simply Be, Target and the list go on.

In May 2022, Ashley was announced as the face of Knix Active.

Working as a lingerie model for the plus-size clothing store, Lane Bryant

Apart from fashion shows, she first appeared on the talk show The Tonight Show with Jay Leno in 2010 as herself in episode #43 of season 18.

Ashley does regular workouts to maintain her curves. She spends quality time in the gym to tone her legs (hamstrings, quadriceps, glutes). She was once a size 18, but now with regular exercises and a controlled diet, she has taken it down to size 16.

Ashley even does cycling from Brooklyn to Harlem and then back; that’s around 25+ miles.

She even attends aerobics sessions and does high-intensity cardio.

Her workout is really intense and not for the weak persons to follow straight away. You can check her workout moves at PopSugar.

Ashley has teamed with Curvy Fit Club to carve a 15 minute morning workout, especially for her fans so that they can maintain/get their curvy body just like Ashley. 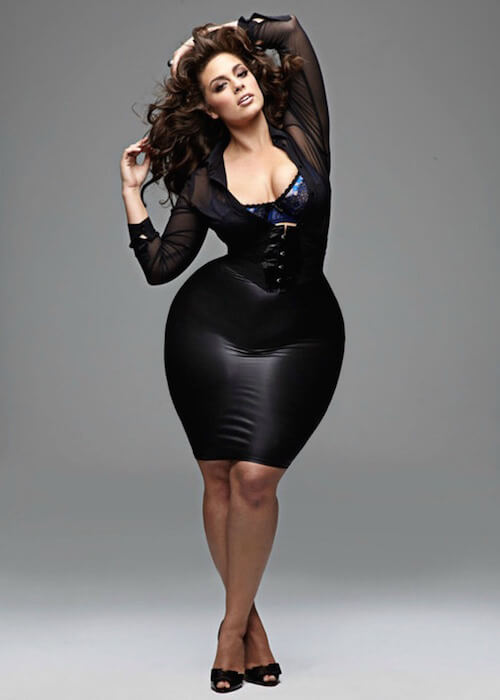