Avril Lavigne is a Canadian singer, songwriter, actress, designer, and philanthropist who released her debut studio album, Let Go, in 2002 and it became the best-selling album of the 21st century by a Canadian artist. Since then, she has also released albums like Under My Skin, Goodbye Lullaby, Head Above Water, Avril Lavigne, and The Best Damn Thing, and has been considered a key musician in the development of pop-punk music.

Avie, Av, Abbie (given by her dad), Abbey Dawn 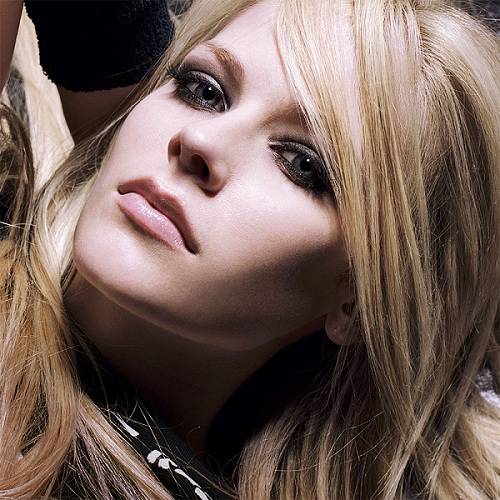 She never enjoyed being in school. She was also kicked out sometimes for misbehaving. She dropped out of high school after 11th grade when she grasped a record deal.

Avril has French-Canadian and Polish ancestry on her father’s side while she is of English, Irish, and Scottish descent on her mother’s side.

She prefers to dye her hair ‘Dark Brown’.

She signed an endorsement deal with Canon Canada in 2008 to promote their Rebel digital SLR cameras and ELPH compact point-and-shoot cameras.

She got much attention after getting her single “Girlfriend” at no. 1 position at U.S. Billboard Hot 100. Some of her other singles, which got worldwide attention are – Complicated, Sk8er Boi, I’m with You, My Happy Ending, Nobody’s Home.

Lavigne’s debut album was “Let Go” released on June 4, 2002. It consists of 13 tracks plus 1 Japanese bonus track, making a total of 14 tracks. The total length of the album songs is exactly 48:41 minutes. It was certified as Diamond in Canada, 7x Platinum in Australia, 6x Platinum in the US, etc.

Canadian teen/comedy film, released in 2004, named Going the Distance. She had a cameo role in this film, as she sang a song titled “Losing Grip” from her debut album “Let Go”.

Avril appeared on the American sitcom Sabrina, the Teenage Witch, based on the Archie comic book series of the same name. She had a cameo role as herself in 2002. She featured the song “Sk8er Boi” (no. 1 single worldwide) in that show.

Gregory Joujon-Roche has worked with Avril Lavigne who says that always focus on yourself. She insists on doing only those things which can make an individual full of joy. But, this doesn’t mean that Lavigne would not focus on her workouts and diets.

Earlier, she indulged herself in junk food mostly and destroyed her body shape. Now, she still eats pastries and other fast food but only occasionally, and mainly intakes proteins, fiber, vitamins in the form of vegetables, eggs, low-calorie fruits, etc.