Ellie Goulding is an English singer and songwriter. Her discography includes several albums, tracks, and extended plays such as Delirium, Love Me like You Do, Lights, Brightest Blue, Halcyon, An Introduction to Ellie Goulding, Run into the Light, Under the Sheets, Guns and Horses, Your Song, How Long Will I Love You, Goodness Gracious, Something in the Way You Move, Close to Me (with Diplo and Swae Lee), Worry About Me (ft. Blackbear), On My Mind, O Holy Night, Army, The Writer, Hate Me (with Juice Wrld), and Still Falling for You. She has won several accolades including at least 4 BMI London Awards and 2 Brit Awards.

Goulding finished her schooling at Lady Hawkins’ High School in Kington. Later, she attended the University of Kent to pursue a degree in politics and drama.

She left her college at the suggestion of Jamie Lillywhite from Turn First Artists, who was in search of new talent.

Ellie Goulding is of English and Welsh descent.

She is naturally a brunette.

But, she likes to dye her hair blonde.

Ellie was announced as the face of M.A.C. cosmetics in June 2015.

She also partnered with Nike to create a 30-minute running documentary film in 2011.

She had been raised Christian.

Goulding released her debut album Lights on February 26, 2010, by Polydor Records. The album is 36:51 minutes long with a total number of approx. 1.6 million sales worldwide. It was certified as 2x Platinum in England.

Ellie had numerous guest appearances on TV shows. Her first one was in Later with Jools Holland in 2009 as herself in season #35 and episode 7.

Goulding likes to run a lot. She aims at running 6 miles every day. But, she does not stop here. Ellie likes to mix up. Apart from running, she likes to do yoga for strength. Capoeira is a martial art dance form, which Ellie likes to perform to achieve shaped hip muscles.

Watch this video to find most of her favorite things like her fave movie, vacation spot, food, book, albums, and many others. 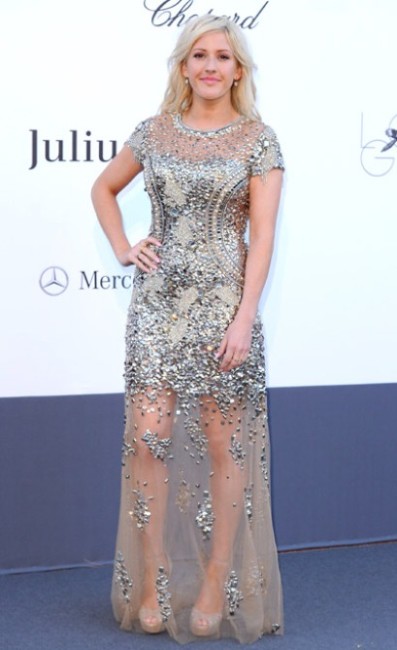