Heidi Klum is a German-American model, television host, actress, occasional singer, fashion designer, producer, and businesswoman who has had a successful modeling career during which she worked with brands and designers like Givenchy, Marc Jacobs, H&M, Jean-Paul Gaultier, Victoria’s Secret, Zac Posen, Escada, Vera Wang, Structure, Victor Alfaro, and Ann Taylor. In addition to that, she has also been cast in various films and shows including The Life and Death of Peter Sellers, Parks and Recreation, Ocean’s 8, The Devil Wears Prada, Perfect Stranger, How I Met Your Mother, Zoolander, Malcolm in the Middle, and Ella Enchanted. 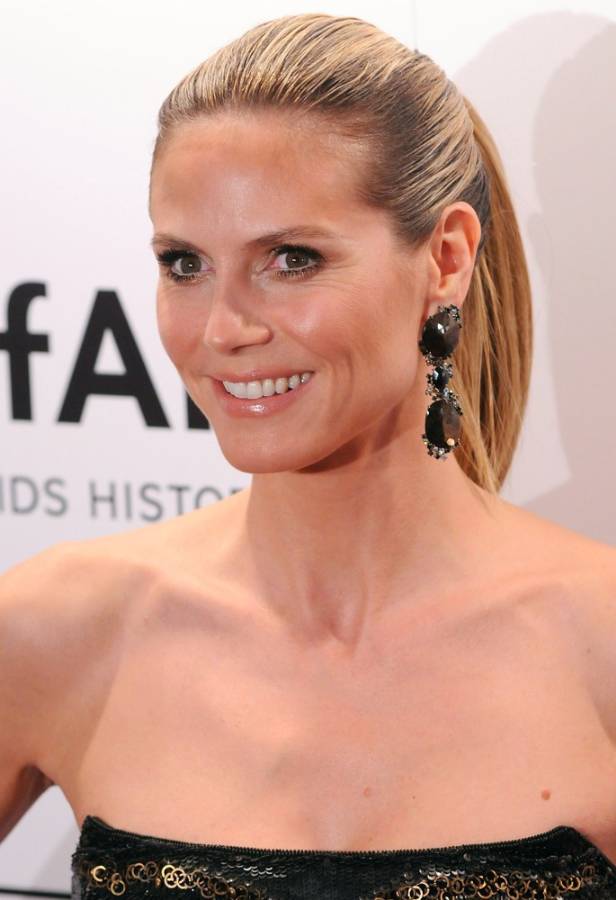 Heidi Klum won the “Model 92” modeling contest and immediately signed with a modeling agency called Metropolitan Models New York. But, she completed her education first and after graduating, she opted for modeling. Heidi Klum didn’t go to any modeling school.

Her natural hair color is “Brown”.

However, she likes to dye them “blonde.”

On November 17, 2006, German Model Heidi Klum released her debut single Wonderland written for a series of advertisements for the German retailer “Douglas”. It is a pop song of length 3:43.

Heidi Klum first appeared on Late Show with David Letterman on June 30, 1997, which is a talk show of 60 minutes. It was just an appearance in a single episode. So, her first TV Show as multiple appearances was Spin City. Spin City was an American sitcom in which she appeared in 7 episodes as herself from 1998-199.

David Kirsch. The following is a pic of Heidi with David during an intensive workout session. She gave more attention to her body shape and diet after her pregnancy.