Kate Upton has a body that all men drool over and all women desire. Her into fans know how much hard work she does to have that amazing body and how dedicated she is towards fitness.

Here you can learn about her current workout routine and diet secrets, her workout motivation, her indulgences and how her recent stint with military training went. Keep scrolling!

The American actress likes the fact that she can push a sled that has 500 pounds weight across the floor. She can also do hip thrusts with a 200-pound bar across her lap. She likes testing her limits in the gym because she feels challenged, empowered and excited when she sees what her body can do.

The workout routine of the stunner includes a lot of weight training because it helps her to feel good, stay healthy and remain body confident. She believes that lifting heavy weights is awesome because it leans you out if you do it correctly. Her trainer, Ben Bruno ensures that she is doing it perfectly. It’s due to his efforts and belief that she can handle 500 pounds on the sled which she wasn’t able to do before.

Looking good in the fashion industry and being a certain weight are some pressures that she has to deal with regularly. She deals with them by focusing on doing weight training and being stronger. She became the size she was aiming for to do some modeling, thanks to the right focus. Having strength and balance in life is more important to her rather than fitting into a pair of jeans.

Exercise means taking care of her body, so she almost always feels good about it.
But she also has moments when she doesn’t want to work out because she is tired and unmotivated. She deals with such a situation by remembering that it’s all about balance. If she works out when she isn’t feeling like it, she balances the scale by indulging in an awesome dinner, later on, that might include dessert as well. This motivation works for her, and in the end, she is grateful that she hit the gym.

Working Out with the Marines

Upton likes to challenge herself almost every day. So, she recently participated in a grueling workout that was led by US Marines. As a part of this regime, she did a no-nonsense cardio circuit that included traveling push-ups, high knees, jump squats and intervals of burpees.

Just 13 minutes after starting the workout, she was drenched in sweat, collapsed on the grass and even struggled to catch a breath.

Talking about the experience, she said that it was very hard especially because she didn’t take rest between sets which she usually does. Keeping at it was quite difficult for her, but she didn’t give up.

Many people might assume that her fiancé, Detroit Tigers pitcher, Justin Verlander would have been there to motivate her but he says that it was their 7-year-old dog, Harley who motivated her through the grueling workout.

This was stated by none other than Verlander, though he was joking. In reality, he motivated her by shouting encouragement.

The diet secrets of the supermodel include eating loads of chicken and greens. She is hooked on eating spinach and even jokes that she is a female Popeye. She makes spinach interesting by drizzling some cheese on it. In her opinion, having breakfast every morning is essential because she can’t work out if she hasn’t eaten anything.

Her breakfast usually includes spinach and eggs or an omelet with loads of vegetables as well as a little feta. She sticks to this healthy breakfast by remembering that she has to hit it hard in the gym and it will be a bit embarrassing if she fainted.

When in a mood to indulge, the beauty goes out for dinner, has some wine and eats not so healthy foods like chocolate, croutons, salad and French fries among others. She says that having a treat makes her feel that all the effort she puts in, to stay fit is worth it.

Kate admits to being a snack addict and shares that she is always hungry. She indulges in one of the above indulgences at least once a day but keeps it to a minimum.

The sister of Laura Upton says that she never starves herself before having a meal because she ends up overeating at once which is not wise. If she feels too hungry, she snacks so that her hunger doesn’t get out of control.

She also thinks that going grocery shopping when she is hungry is not a good idea because she ends up buying a lot more food than she needs. 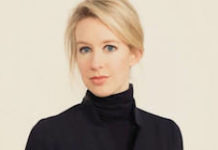 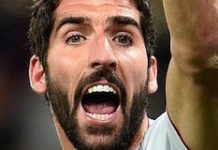 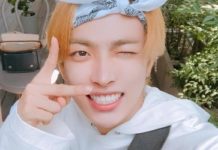 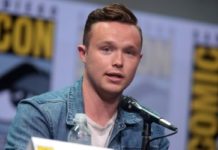