Kiersey Clemons is an American actor, voice actor, singer, and producer. She is known for having been cast in a variety of roles like Kira Starr in the Disney Channel comedy series Austin & Ally, Maria Charo in the comedy television series Angie Tribeca, Sophia Preston in the MTV thriller series Eye Candy, Bianca in the comedy-drama series Transparent, Derica (voice) in the adult animated comedy series Fairfax, KC in the television sitcom New Girl, and Chase in the comedy-drama anthology series Easy. In addition to that, Kiersey Clemons has also been cast in movies such as Scoob!, Neighbors 2: Sorority Rising, Dope, The Only Living Boy in New York, Zack Snyder’s Justice League, Little Bitches, Asking For It, The Flash, Flatliners, Hearts Beat Loud, and Antebellum.

Kiersey went to a high school in Redondo Beach.

Kiersey Clemons has been signed with –

Her net worth had been $1 Million according to CelebrityNetWorth.com. 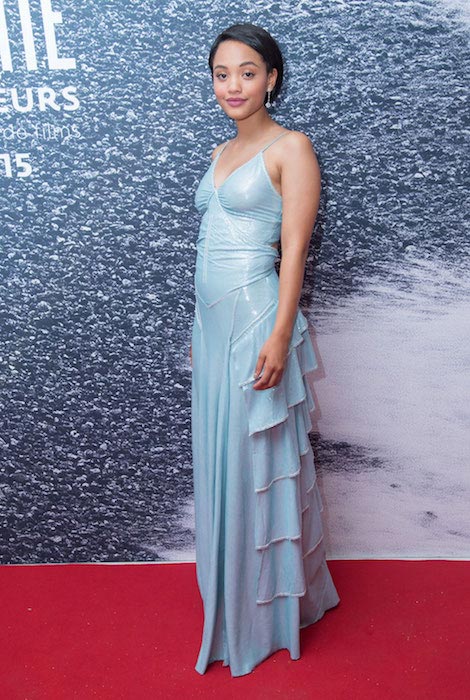 Kiersey Clemons is of African-American descent on her father’s side and has English ancestry on her mother’s side.

Playing Diggy in the crime comedy-drama film Dope (2015), and as Bianca on the Amazon Video’s Transparent.

Actress Kiersey has sung various songs. On YouTube, she sang the song “I Know Where I’ve Been” by Queen Latifah.

In 2013, Kiersey appeared in the short film Prom?! for her role as Abby.

In 2010, Kiersey was seen in Disney Channel’s sitcom Shake It Up for her role as Danielle in 2 episodes.

Kiersey eats chocolate a lot. That is her guilty pleasure. She even eats it when she is half asleep. So, she has opted for pole dancing where she is half-naked. It helps her to shed extra calories and remain somewhat in shape.

Talking about her beauty routine, she puts tons of products on herself during the daytime such as Bobbi Brown skin serum, apple-cider vinegar and witch hazel, argan oil, and rosehip oil. At night, it is just Kiehl’s Ultra Facial Cream.