Kristen Bell is an American actress, singer, voiceover artist, director, and producer who has gained critical acclaim for having been cast in a variety of on-screen roles which include playing Veronica Mars in Veronica Mars, Elle Bishop in Heroes, Jeannie van der Hooven in House of Lies, Eleanor Shellstrop in The Good Place, Mary Lane in Reefer Madness: The Movie Musical, Sarah Marshall in Forgetting Sarah Marshall, Beth in When in Rome, Belinda St. Sing in Safety Not Guaranteed, Chloe in Scream 4, Claire Rawlings in The Boss, and Kiki in Bad Moms. For her role in Reefer Madness: The Movie Musical, she won the 2005 Satellite Award for “Outstanding Actress in a Miniseries or a Motion Picture Made for Television” and her performance in The Good Place won her the 2017 People’s Choice Award for “Favorite Actress in a New TV Series”.

Kristen went to some public school until 8th grade. For her freshman year, she attended Shrine Catholic High School nearby Royal Oak.

In 2002, she completed her graduation from Tisch School of the Arts at New York University by majoring in musical theater.

She is signed to the talent agency Bailey Brand Management, Inc.

She is of German, English, Irish, and Scottish descent on her father’s side and has Polish roots on her mother’s side.

She is comparatively shorter in height than her husband, Dax Shepard. The height difference is more than 1 feet. 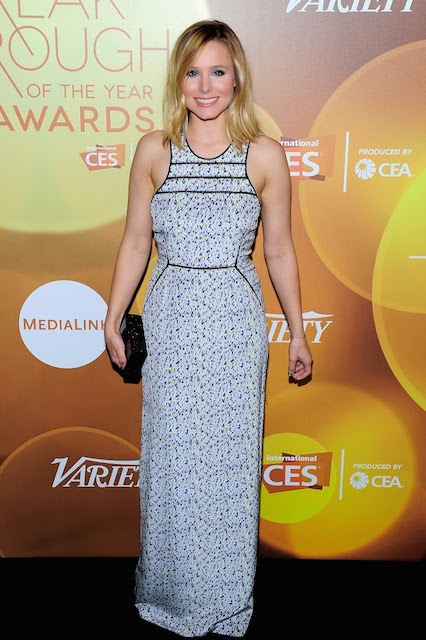 She has endorsed Neutrogena.

She has appeared in commercials for Target, Geico, Neutrogena, Kotex, Gap, Garnier, Old Navy, and others.

In 2013, she contributed to the animated film Frozen‘s soundtrack in three tracks.

In 1998, Kristen appeared in a comedy-drama film Polish Wedding for her minor role as a teenage girl. Her role was uncredited.

In 2003, Bell appeared in FX’s drama television series The Shield for her role as Jessica Hintel in an episode titled “The Quick Fix”.

Kristen takes good care of her health by doing exercises regularly. She goes to SoulCycle gym. She still remembers her first day at the gym. The workout was really hard, but her stubbornness let her continue and now she is able to go there on a regular basis.

Apart from cardio, she does lots of hiking, strength training, and Pilates.

Being a vegan she replaces cheese with Daiya. Her diet plan changes depending upon the season due to the availability of vegetables as she grows her own veggies in her home garden.