Laverne Cox is an American actress, reality TV star, producer, and LGBTQ+ advocate who gained prominence by playing Sophia Burset on the Netflix series Orange Is the New Black and then becoming the first openly transgender person to be nominated for a Primetime Emmy Award in any acting category. She is also known for having been cast in shows and movies such as Awkwafina Is Nora from Queens, Doubt, The Mindy Project, A Black Lady Sketch Show, Law & Order, Promising Young Woman, Can You Keep a Secret?, Charlie’s Angels, The Kings of Brooklyn, Freak Show, Disclosure: Trans Lives on Screen, I Want to Work for Diddy, The Exhibitionists, and others. 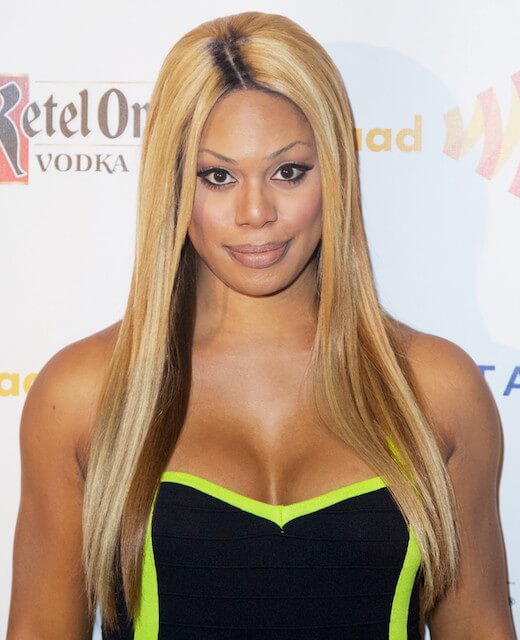 The actress also studied at the Indiana University Bloomington for two years and then attended acting classes at the Marymount Manhattan College in New York City.

Laverne Cox has revealed that she was dating a man for eight years, but she did not name him. She said that the man, in mid-2015, got engaged to someone else. She then dated –

She has naturally ‘Dark Brown’ hair but she dyes them blonde.

Laverne transformed herself into a woman. She likes men.

Check this picture of her footwear, which she shared on Instagram in May 2014.

She does not believe in any particular religion but believes just in God.

Laverne Cox is best known for her much-talked Netflix television series Orange Is The New Black (2013-Present), in which she portrays the character of Sophia Burset.

The talented actress is also famous for being a contestant on season one of VH1’s series I Want to Work for Diddy (2008) and being the co-host of another TV series from the same network called TRANSform Me (2010). Some of her other appreciated works include Law and Order: SVU (1999-Present), Bored to Death (2009-2011), and Musical Chairs (2012).

She debuted in the movies in 2000 in the short film Betty Anderson, playing the character of Deirdre.

Her first stint with television was in 2008. She appeared in Law & Order: Special Victims Unit as Candace in the episode titled “Closet.”

The transgender woman has an hourglass figure. She says that as she does not get too much time for working out, she prefers staying in shape with the help of cardio exercises.