Novak Djokovic is a Serbian professional tennis player who has been ranked world No. 1 in men’s singles tennis by the Association of Tennis Professionals (ATP). As of 2020, he has won 17 Grand Slam singles titles, 5 ATP Finals titles, a record 36 ATP Tour Masters 1000 titles, 14 ATP Tour 500 titles, and has held the No. 1 spot in the ATP rankings for a total of 291 weeks (second of all time). Throughout his career span, he has received many awards and honors and was presented with the BBC Overseas Sports Personality of the Year award in 2011. 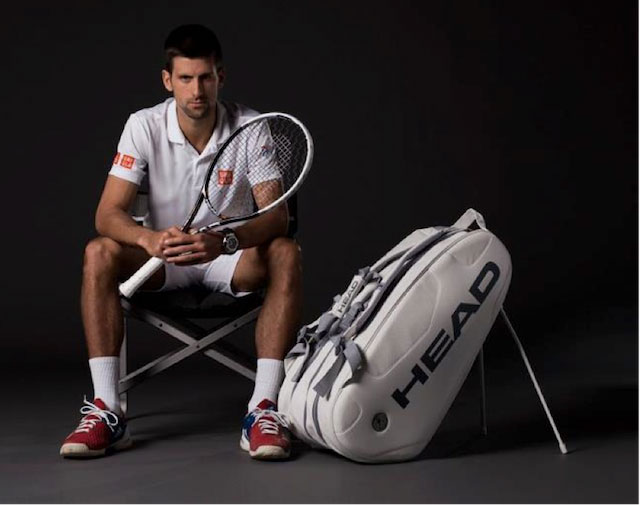 The popular Nole has won several Grand Slam singles titles. But, the first ones were in the years –

He is of Serbian and Croatian descent.

Winning more than a dozen Grand Slam singles titles, and for holding first place on the ATP list for 133 weeks.

Novak has the body type, known as Ectomorph or bêtter known as “hard weight gainer.”

This body type allows Novak to eat anything he wants because it’s very hard for him to put any weight on.

Ectomorphs are having that built, which is especially good for tennis. Being lightweight, they can move faster in short distances, and they have great agility, that’s why Novak is spending so much time doing yoga poses and stretching. That will open his hips for a greater range of motion and will increase his ability for performing faster cutting movements that are very present in Tennis.

Despite, Novak does different types of training throughout the year, he mentioned yoga as his favorite. In his own words –

“I wouldn’t make this far if it wasn’t for Yoga. Those stretches are preparing my body for the upcoming practices or matches, improving my overall body performance while keeping me injury free in the same time.”

Noak follows a diet, which is gluten-free. Novak says that it was a serious game-changer.

He gives credit to one Serbian nutritionist named Igor Cetojevic, who actually suggested Novak this diet.

“I lost 11 pounds with this diet and I feel like reborn again. I move better and I’m more flexible, in the same time. I haven’t been sick for more than 3 years now and all my allergies are gone, my asthma is gone too, I just feel much better since I started the gluten-free diet”.

– said Djokovic in one of the interviews given to a Serbian magazine.