Rachel went to Walter Reed Middle School till 1996 and then completed her schooling at Notre Dame High School in 1999. She, then, attended Grossmont College in a suburb of San Diego, in California, but dropped out after one year, to pursue her acting career.

Rachel Bilson has been represented by –

According to CelebrityNetWorth.com, her net worth was $12 Million in 2020.

She did advertisements for famous brands like Subway restaurants, Raisin Bran, Pepto-Bismol, Magnum Ice Cream, and others.

Starring in an American teen drama TV series The O.C. for her role as Summer Roberts. She appeared in all the 92 episodes, covered in 4 seasons from 2003-2007. She has won many awards also for this show like the Teen Choice Award for Choice TV Actress.

2003 film Unbroken for her role as Rachel. It was a short film. She then did her next film in 2006 titled The Last Kiss for her role as Kim. It was a romantic comedy-drama film, for which she was nominated “Teen Choice Award for Choice Movie Breakout” for category Female.

Her first TV Show was 8 Simple Rules for Dating My Teenage Daughter (also called 8 Simple Rules). She did it in 2003 and appeared in only a single episode titled “Career Choices”, for her role as Jenny.

David Kirsch is the one who is helping Rachel with the workouts and diet. David has made a “10 minute Total Body Workout Program”, which consists of 3 exercises – Reverse Prone Scissors, Double Crunches, and Spiderman Push-Ups. Rachel does the exercises 5 times a week, targeting her whole body from shoulders, arms, butts to legs.

She follows the ABCDEF diet program of David. This is an acronym for – Alcohol, Bread, Carbs, Dairy, Extra Sweets, and Fruits and Fats. So, she is supposed to avoid these listed things and should take eggs, veggies, chicken, fish to fulfill her hunger. 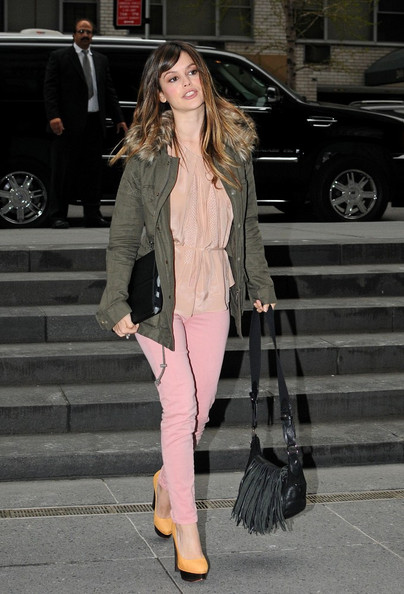