Rebel Wilson is an Australian actress, voiceover artist, comedian, writer, and producer who is known for her roles like Fat Amy in Pitch Perfect series, Jennyanydots in Cats, Doreen Bogner and Dolores Bogner in Les Norton, Jennie Cragg in Bogan Pride, Penelope Webb in Monster House, and Kimmie Boubier in Super Fun Night. In addition to that, she has also been a part of theatre productions such as Beauty and the Beast, Guys and Dolls, and The Little Mermaid.

Wilson went to Tara Anglican School for Girls in North Parramatta. Later, she took admission at the University of New South Wales to study Law and Arts (Theatre and Performance Studies).

She studied acting at the Australian Theatre for Young People (ATYP) in Sydney, Australia.

Liberty and Ryot have also appeared on the reality game show The Amazing Race Australia in 2011.

She is of English, Irish, and Welsh descent.

She is a former Jenny Craig spokeswoman in Australia.

She also voiced the role of kangaroo in the DISH commercial.

In 2020, she advertised for various brands on her social media including Portal from Facebook, Uber Eats, etc.

Playing Fat Amy in the 2012 musical romantic comedy film Pitch Perfect. For this role, she won the 2013 MTV Movie Awards for “Best Breakthrough Performance” and “Best Musical Moment” as well as the 2013 Teen Choice Award for “Choice Movie Actress: Comedy”.

In 2003, she appeared in the Australian film Fat Pizza for her role as Toula.

From 2003 to 2007, Wilson appeared in the SBS’s TV series Pizza for her role as Toula. She was a part of the recurring cast from season 3 to season 5.

Rebel is continually trying to shed off pounds from her body. She lost 33 pounds of body weight in 2012 as per DailyMail.

In 2020, she had lost 40 pounds of weight. Rebel told People magazine that she was perhaps consuming 3,000 calories daily before the weight loss and they were mostly carbohydrates. Hence, she used to feel hungry most of the time.

In order to lose 40 lbs, she reduced her calorie-intake and made a switch from carbs to a protein-rich diet. Her protein sources included animal protein such as fish, salmon, and chicken breast. She also had protein-shakes. Rebel had eaten just under 1,500 calories each day to lose weight. After she had hit her 165 lbs of goal weight by November 2020, she increased her calorie-intake to 2000-2500 calories to maintain the lost weight as she was also working out like a beast. In terms of workout, majorly, she relied on walking to lose weight. She was able to finally lose over 60 pounds of weight. 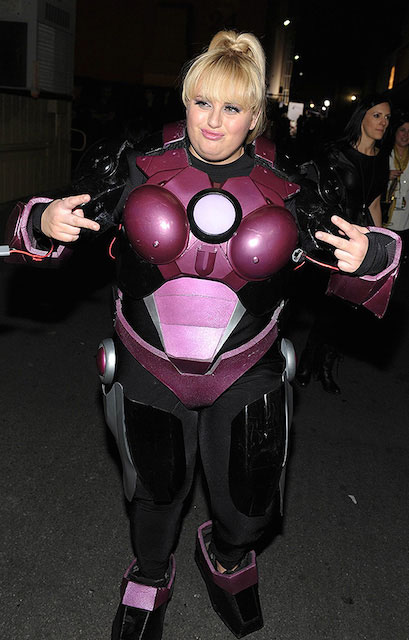