Scott Harris is an American musician, singer, songwriter, and multi-instrumentalist, best known for writing songs for multiple Shawn Mendes albums, one of which was Illuminate, released on September 23, 2016. He wrote 10 songs for it, including its lead single, Treat You Better, that reached the 3rd spot on US Mainstream Top 40 chart. He was also behind the hit song There’s Nothing Holdin’ Me Back that reached number 1 on the same chart. Scott also worked on 2 other Shawn Mendes albums – Handwritten (2015), his debut album that hit the number 1 on Billboard 200 chart, as well as 13 songs on his 3rd self-titled Shawn Mendes (2018) album, that also debuted at number 1 of the Billboard 200 chart.

Scott was nominated for the Grammy Award in 2019 in the category “Song of the Year” for Shawn Mendes’ song In My Blood and won a Grammy Award for co-writing Don’t Let Me Down performed by The Chainsmokers, which peaked at number 1 of the US Mainstream Top 40 chart in 2016. In addition, he worked as a songwriter for well-known singers and artists such as X Ambassadors, Quinn XCII, Bebe Rexha, Jessie J, DJ Tiesto, Jon Bellion, and others. One of his most notable credits as a songwriter was Noah Kahan‘s single titled Hurt Somebody that reached a 2x Platinum status in Australia.

He was born on September 15.

He was represented by Rebel One management in the past.

He hasn’t been signed by a recording label yet.

He started a band named Scott Haris Project with his friend Teddy Geiger, who he later collaborated with on writing songs for Shawn Mendes. Scott later abandoned his singing career as he felt the freedom of songwriting fit him better.

He wrote the song Party Like You’re Single in the Miles and Miles album for Stephen Jerzak in 2011. He also worked on the songs like Pass the Love Around, Ain’t Been Done, Villa, Get it Right, etc. 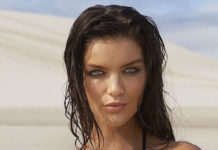 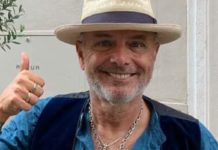 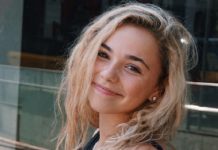