Sky Ferreira is an American singer, songwriter, model, and actor who was discovered by producers Bloodshy & Avant after she started uploading her singing videos on Myspace. Over the years, she has released many tracks, extended plays, and albums such as As If!, Night Time, My Time, Ghost, Everything Is Embarrassing, One, I Blame Myself, Obsession, 17, You’re Not the One, and Red Lips. Ferreira has also been a part of shows and movies such as Putty Hill, Lords of Chaos, American Woman, Twin Peaks, Curious Females, The Green Inferno, The Wrong Ferarri, Rosy, The Twilight Zone, Elvis & Nixon, Baby Driver, and The Trust.

As a model, she has been signed to-

Her net worth had been $1 Million according to CelebrityNetWorth.com.

Sky Ferreira is of Brazilian and Portuguese descent on her father’s side and has Ashkenazi Jewish, Native American (Chippewa (Ojibwe), Cree, Chippewa-Cree, Cheyenne), Scottish, English, Irish, and French roots on her mother’s side. 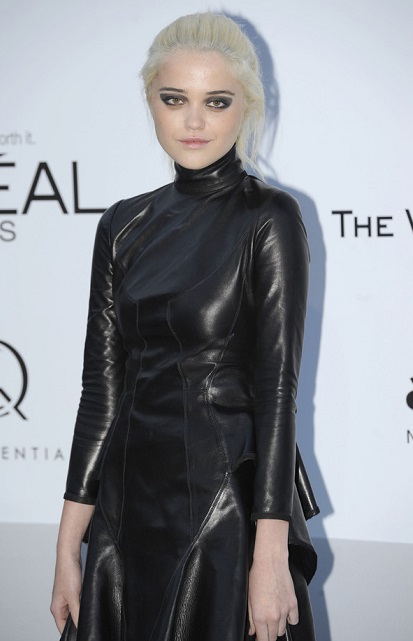 She has naturally ombré hair, but she likes to dye them blonde.

Due to her modeling career, she had been in an ad for CK One Shock with another model Lara Stone.

She does not believe much in God. Though, she perceives God as a big white man with a beard and who resides in the sky.

Her upbringing is not much religious.

Singing and working as a model in the past.

She is also known for her work in the 2010 independent drama film, Putty Hill as Jenny.

Sky Ferreira released her debut album Night Time, My Time on October 29, 2013, under Capitol Records. The album’s lead single will be “You’re Not the One”.

Sky appeared in the 2008 documentary film titled A Cross the Universe as herself. It was a cameo role.

Sky was a model, before she came into singing, professionally. Her first television show must be a fashion show.