Zoe Kravitz is an American actor, singer, model, producer, writer, and voice actor. She is known for playing Bonnie Carlson in the television drama series Big Little Lies, Pearl in the comedy-drama series Californication, and Robyn “Rob” Brooks in the romantic comedy series High Fidelity. She has also been cast in movies such as Fantastic Beasts: The Crimes of Grindelwald, The Lego Batman Movie, Vincent N Roxxy, Viena and the Fantomes, Spider-Man: Into the Spider-Verse, X-Men: First Class, It’s Kind of a Funny Story, Kin, The Road Within, Birds of America, Beware the Gonzo, Divergent, Rough Night, and Mad Max: Fury Road. 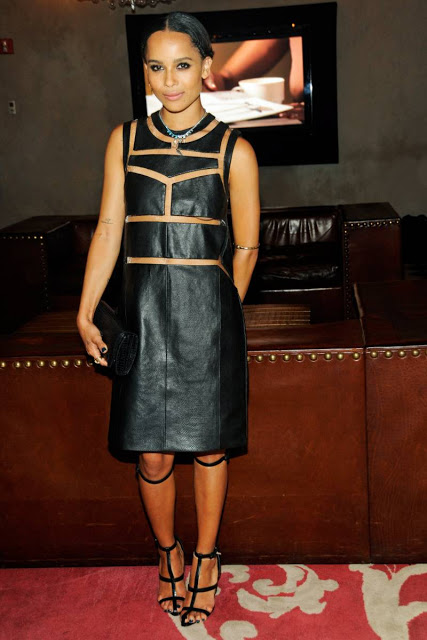 Zoe studied at Miami Country Day School in Miami, Florida. Post that, in 2007, she graduated from Rudolf Steiner School in Manhattan, New York. Kravitz also enrolled herself into the State University of New York at Purchase in acting conservatory but left after a year to pursue her career in acting.

Being a daughter of famous musician Lenny Kravitz and acting in the movies like No Reservations (2007), The Brave One (2007), and playing Angel Salvadore in the superhero film X-Men: First Class (2011).

Zoe Kravitz is a member of the band Elevator Fight. Formed in 2009, Zoe is the lead vocalist of this New York/ Philadelphia-based band.

Zoe appeared in the 2007 American romantic comedy-drama film No Reservations for her role as Charlotte. She was in high school when she played the role of a babysitter hired by Catherine Zeta-Jones.

Kravitz appeared in 8 episodes in the American dramedy TV series Californication for her role as Pearl.

Zoe revealed she didn’t do any workout before the start of the filming of the 2011 movie X-Men: First Class. It was like a superhero workout for her. Zoe used to work out three to four times a week. She did circuit training to build different body parts. She needed a strong core as there were many action sequences in the movie. Apart from the exercise routine, she ate lean proteins and a lot of vegetables. To burn more calories and fat, she relied on Bodyism Body Brilliance shakes (a mix of green tea, organic veg, and anti-oxidants).