Anya Chalotra is a British actress, theatre artist, and voiceover artist who is known for having been cast as Yennefer of Vengerberg in the Netflix original series, The Witcher. She has worked in a couple of other projects which include The ABC Murders, Wanderlust, and Sherwood and has also successfully gained an impressive fan base on social media as she enjoys more than a million followers on Instagram.

Anya Chalotra is of Indian descent on her father’s side and has English ancestry on her mother’s side. 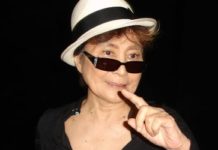