Sylvester Stallone is an American actor and filmmaker who is best known for portraying roles such as boxer Rocky Balboa in the Rocky film series, John J. Rambo in First Blood, Lieutenant Raymond “Ray” Tango in Tango & Cash, Barney Ross in The Expendables 2, and Stakar Ogord in Guardians of the Galaxy Vol. 2. He has also appeared in a variety of other TV shows and films such as No Place to Hide, Death Race 2000, Staying Alive, Cobra, Stop! Or My Mom Will Shoot, Assassins, Get Carter, Spy Kids 3-D: Game Over, Zookeeper, Grudge Match, The Suicide Squad, The Contender, This Is Us, and many more. His theatre credits include plays like Score. For his acting skills, Sylvester has been honored with numerous awards such as the Critics’ Choice Movie Award, People’s Choice Award, and Golden Globe Award.

Sylvester has gone to several schools like Notre Dame Academy and Lincoln High School in Philadelphia.

Finally, he went to Miami Dade College and then to the University of Miami from where he received his BFA (Bachelor of Fine Arts) degree in 1999.

Sylvester has Ukrainian and French ancestry on his mom’s side. While his dad is a US immigrant, born in Italy.

He partnered with a beverage company called Sly Water in 2006 which produces upscale bottled water.

In 1997, Sylvester voiced the Lipton Brisk Ice Tea commercial as his Rocky Balboa character, and later Pontiac Bonneville commercial in the same year.

Sylvester has also appeared in these commercials –

He starred in his debut film The Party at Kitty and Stud’s for his role of a stud, released in 1970.

In 1975, Sylvester appeared in the NBC crime drama series Police Story for his role as Elmore ‘Rocky’ Caddo in just one episode entitled “The Cutting Edge.”

He has been physically active since a young age when he worked on his film Rocky. The actor has tried several diets, some healthy and others being unhealthy for him.

For his later Rocky movies, he admittedly ate a dangerously unhealthy diet and worked out on an empty stomach. In order to stimulate himself, he also drank large quantities of coffee.

Now, after turning, he is eating a high protein diet to maintain his body.

He hasn’t eaten a pastrami sandwich after he turned 55.

Sylvester eats lots of fruits and vegetables and red meat just once a week. 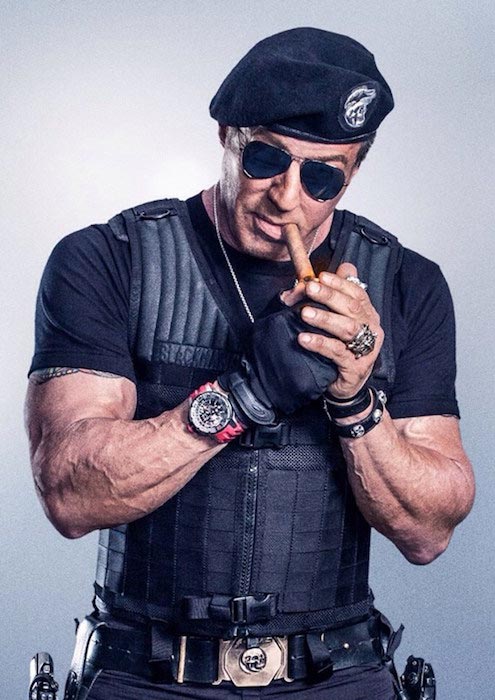